Search for bodies of US invasion victims 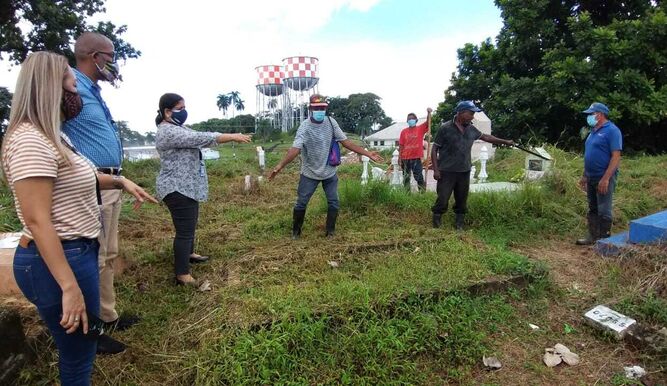 An ocular inspection in to locate mass graves of possible victims of the 1989 US invasion of Panama was carried out on Friday, September 11, in the Monte Esperanza Cemetery in the province of Colón.

The investigation was handled by the Superior Office of Homicide and Femicide of the metropolitan area.

In January, the Institute of Legal Medicine and Forensic Sciences (Imelcf) began the process of exhumation of victims of the United States invasion in the Panama area but it was interrupted by the pandemic, resumed in June, and concluded at the beginning of July.

By then, 33 bags with bone remains were exhumed, which were transferred to the Imelcf laboratory for analysis.

The necessary invasion now against Dictator Cortizo and his corrupt crew will not be happen. Panama is outside of any human interest. Search bodies stupid Panama and find your own bones by accepting a new Dictatorship.

Lola, maybe China will take care of that for you. Biden can arrange it, no doubt.

Your proclaiming that the invasion was not an invasion DOES NOT THE CHANGE the fact that IT WAS. We could use a foreign intervention here in the States to LIBERATE us from the Trump regime.

Say what? So now the “Dignity Battalions”, Machos Del Monte”, and the rest of Noriega’s goon squads are victims?

There was no invasion🙄 there was a liberation of Panama from a brutal dictator.