Panamanian woman accused of US murder 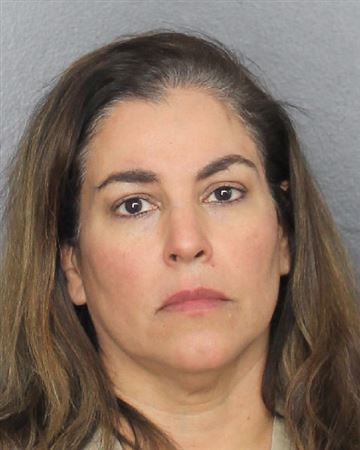 A  51-yeqr-old Panamanian is accused of murdering a woman who was her gym partner. In Coral Springs  Florida.

Yvonne Serrano, 51, was charged with second-degree murder and manipulation of evidence for the death of Daniela Tabares, 21.

Serrano called 911 indicating that there was a body in front of his home, but denied that she knew the victim.

However, investigations revealed that the Panamanian knew Tabares and that they attended the same gym.

On the night of the crime, Serrano, and Tabares, together with other gym users, went out to a bar. The victim offered to take the Panamanian to her residence in the Coral Springs sector.

According to investigations, when arriving at her home and inside the car, Serrano shot Tabares in the head, then entered her residence, where she deleted the images of her security camera, changed clothes and washed the clothes that were bloody.

In a recording of the Nov. 23 call, Serrano can be heard calmly explaining to the 911 dispatcher that she walked outside her home to find a car in her driveway with a woman's body next to it. Serrano said the woman was not breathing and was bleeding from her head.

When the 911 operator asked if she knew the dead woman, Serrano said she "can't tell" because of all the blood.

During the investigation, police learned that Serrano did know the victim, identified as Daniela Tabares and that the two had been part of a large group of people from a local gym who went to a movie and then out for drinks on Nov. 22, according to a Coral Springs Police Department arrest affidavit.

Serrano and Tabares were seen on surveillance video at the bar talking, "laughing and drinking for several hours," the affidavit states.