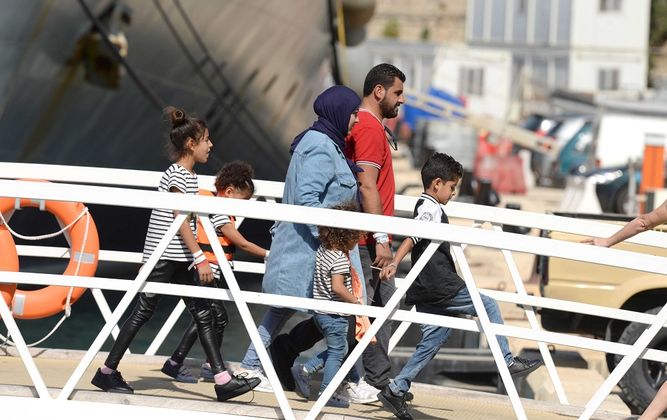 The 58 migrants rescued off the Libyan coast by the humanitarian rescue ship Aquarius which operated under the Panama flag until it was deregistered after pressure from Italy are in the port of  Valletta after a week waiting off the Maltese coast.

The rescued people, almost all of Libyan origin,  had been transferred from the Aquarius to a vessel of the Libyan coastguard.

When the migrants including  17 women and 18 minors have completed the necessary sanitary and legal controls, they will be transferred to several  European countries under an agreement reached on Tuesday.

The welcoming countries are: Spain and Germany, 15 people each, France 18, and Portugal  10 .