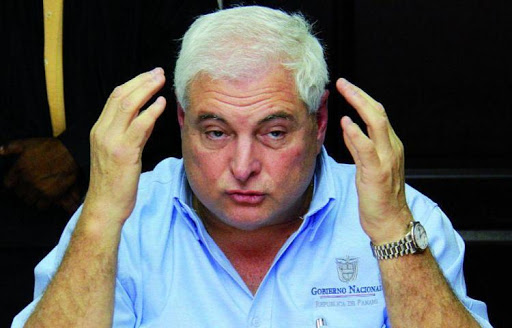 When a psychiatrist with close ties to former president Ricardo Martinelli signed  a 60-day disability certificate one of the reasons he gave was that his patient was under stress after the news that his sons had been arrested in Guatemala and were facing extradition to the United States to face  money laundering charges linked to  Brazilian Oderbrecht company bribes.

On Tuesday, July 21 Martinelli went  to the headquarters of the Institute of Legal Medicine and Forensic Sciences (Imelcf) for a psychiatric evaluation by doctors of the medical center, in compliance with an order from the Special Anticorruption Prosecutor's Office.

That same day the FBI  released more details of the alleged $28 million laundering scheme while his sons rest behind bars in a military prison.

The Panama prosecution asked the Imelcf to carry out an evaluation of the ex-president's physical and mental health after he - on July 2 and 3 - presented a medical certificate for not appearing in an investigative stage in the investigations for alleged money laundering. related to the activities of Odebrecht and New Business.

The first disability presented to the Public Ministry was signed by cardiologist Gabriel Frago, but then -on July 12- he presented a new disability for 60 days, signed by the psychiatrist Algis Torres, partisan and former director of health of San Miguelito during his government.

According to the disability, the ex-president presents a psychiatric picture that prevents him from doing his usual tasks.

Martinelli was accompanied to the evaluation by attorneys Shirley Castañedas and Jessica Canto, who are part of his extensive legal team.

Sources from the Public Ministry confirmed to La Prensa that the Imelcf carried out a physical and psychiatric evaluation of Martinelli and that in the next few days it must send an opinion determining whether he can face the investigative procedure.

Meanwhile, the pressures continue to build as his name again cropped up in a New Business hearing and the FBI piled on more charges against his sons whose alleged laundering activities were during the time he was president (2009-14).