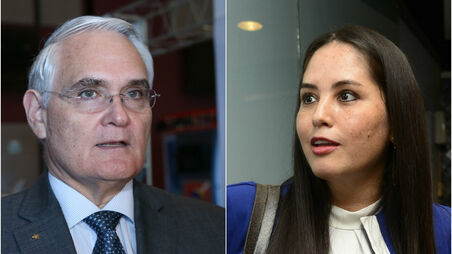 Controversial lawmaker  Zulay Rodriquez  has been accused of hiding behind her parliamentary immunity   to insult and denigrate the administrator of the Panama Canal Authority (ACP) , Jorge Luis Quijano” "with falsehoods and ravings”

On Thursday, August 8, Quijano responded to the accusations of the PRD deputy and said she is abusing her parliamentary "immunity" to denigrate him.

Earlier, Rodriguez - who is vice president of the Assembly - said from her seat that the son of Quijano "managed unusable tugs for more than $150 million in Harbor shipyards ... Ah! But that man, when Quijano comes here, everyone claps him ... That's the big thing about Panama .... Thief! You scoundrel! I do tell you in your face: Quijano, you shouldn't even come. "

Quijano responded, on his  Twitter account: "You are referring to issues on the Channel that have been rigorously investigated in administrative and judicial instances and that have been archived when unjustifiable, honest and ethical procedures are verified."

Quijano, who is the administrator of the ACP until September 5, said that after 44 years of service on the Canal, he feels satisfied and at peace with his conscience, despite repeated attempts by the deputy to denigrate his family, "with falsehoods and ravings in the session of the Assembly".

According to article 154 of the Constitution, deputies are not legally responsible for the opinions and votes they cast in the exercise of their office.

Rodríguez repeatedly makes the accusations against Quijano from her seat, the legislative session. These interventions are broadcast live on the official television channel of the Assembly reports La  Prensa.