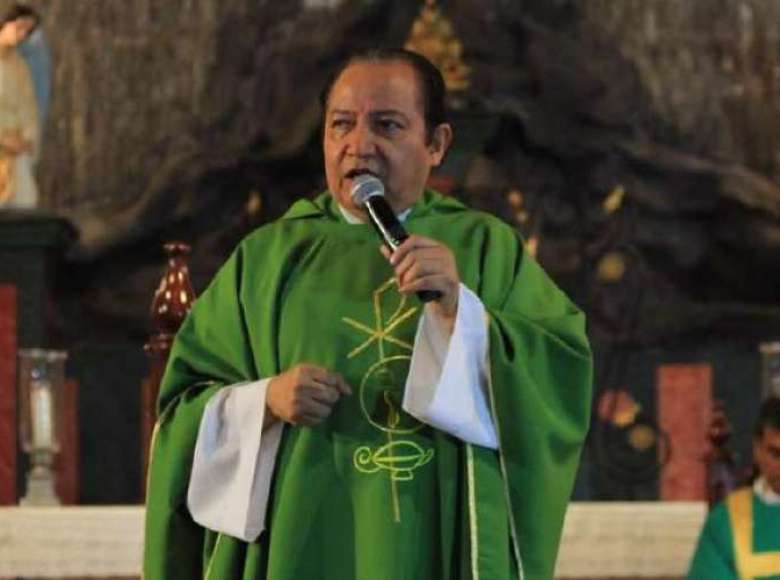 Father David Cosca a Catholic priest who has been the center of speculation since Eduardo Calderón was murdered in the El Panama Hotel in July 2018, appeared in court accompanied by his defense lawyer Javier Quintero. on Thursday, June 20

After the body was found the corridor area and the room in which the victim had been staying were thoroughly cleaned by hotel staff before the police arrived. The victim’s room  had been reserved by Cosca according to previous reports Prosecutor Emeldo Márquez stressed that the Public Ministry has the elements of conviction to achieve the imputation of the priest  for concealment in the  murder

Márquez told media that the prosecution will bring a series of elements of knowledge for the court to decide on the request for imputation of charges to be presented.

Supposedly in the conversations, it was revealed as from July 4, 2018, both agreed to meet at the Hotel Panama.

Defense lawyer  Quintero said that since the incident occurred at the El Panama hotel the priest was in absolute readiness to serve in the investigations.

Quintero was surprised that, just days before the end of the government of President Juan Carlos Varela,  came the citation of Cosca.

Asked why he politically related the is case, Quintero said he does not link it.

Church stance
the Archdiocese of Panama on Thursday reaffirmed its commitment to seek the truth and to respect judicial processes.

It also clarified that "it will not give statements to information that does not always conform to reality, not because of complicity or concealment, as some people have suggested, but out of respect for due process."

The Catholic Church recalled that it has maintained secrecy in regard to this legal process and "considers that this must be reciprocal towards the people who have been mentioned in the case."

"We reiterate that Father David Cosca has collaborated in all the steps that have been requested, without any kind of resistance," said a statement from the Archdiocese of Panama released on Thursday afternoon.

" Tthe measure of separating him from his responsibilities "has been for prudence and for the welfare of the community and of the priest himself". That does not mean in any way "the loss of his consecration and priestly dignity."
david-cosca panama-hotel homicide
Share
Previous Post
Accused Martinelli siblings were lobbyists -defense
Next Post
A look back at the 13-day Odebrecht hearing