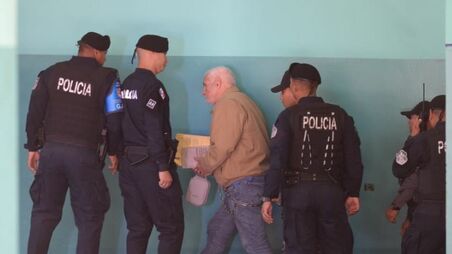 The Prosecutor's Office expects to enter a key phase to convict former president Ricardo Martinelli for of  by illegal wiretapping or "punctures", on Friday, April 5.

the Public Prosecutor's  four person team, will bring their witnesses before the court. The witnesses, according to the prosecutor Ricaurte González, will  give strength to the documentary evidence presented in the last week, which included more than twenty audios found on devices found in the house of the ex-director of the Security Council Alejandro Garúz; an ocular inspection report on the alleged transfer of a piece of equipment , from the SecurityCouncil to the super 99 offices in Monte Oscuro; a certification that of the hiring by the former director of the Security Council Gustavo Pérez, to install the Pegasus interceptions system Pegasus, at a cost of $13  million and certifications that allegedly link to offices of people close to former Martinelli, as read by the Office of the Prosecutor before the Oral Trial Court.

The defense of Martinelli, and he himself  say ure that after reviewing seven booklets with information in reserve, nothing is compromising.