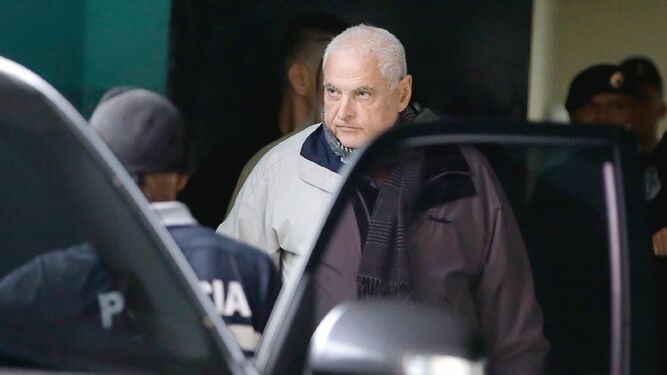 The former head of Analysis of the National Security Council (CSN) , Edwin Ortiz, confirmed on Friday, June  21   that he operated an emails interception team in a  Quarry Heights building and that the team was trained by representatives of the Israeli company MLM Protection.

The $13 million equipment finally ended up in the head office of Super 99 owned   Ricardo Martinelli and has disappeared, leading to charges of embezzlement against the ex-president.

.Ortiz appeared as a prosecution witness in Martinelli’ wiretapping trial He said that in 2011, Ronny Rodríguez - then deputy director of the CSN - told him that he had been selected to be trained in the handling of special equipment installed in building 150.

The training  was given by the Israeli citizen Mike Teren, to him  and Rodriguez and CSN agents William Pitti, Ismael Pitti, and Elvis Moreno

He said the software was installed on four computers that were brought from the National Police.

They worked with "targets" who were sent an email with a link that infected the computer when it was opened by the user. giving access to l. messages and the user's password.

He said that in the CSN he also operated a device called Circule, which was used for geolocation of cell phones, which was not very effective because it gave a very wide margin of the possible location of the "target".

According to Ortiz, the espionage teams were in an office at the top of building 150, with restricted access for the rest of the CSN staff.

He  gave names of targets including the Suntracs union leader  Genaro López and his children.

In 2014 his colleagues Júbilo Graell and Javier Quirós informed him that on Rodriguez's orders a rack with the CSN teams was moved to the Presidency of the Republic and then to the headquarters of the Super 99 in Monte Oscuro.

Prosecutor Ricaurte González said Ortiz confirmed the existence of a spy team that later disappeared from the CSN, validating the possible commission of the crime of embezzlement, for which Martinelli is also accused.

Gonzalez said that several witnesses - including Graell and the protected witness - have illustrated the trial court about the loss of spy equipment, so Ortiz's version cannot be considered isolated.

Alfredo Vallarino, Martinelli's lawyer, said that the witness could not link his client with the wiretapping

Meanwhile, the president of the court, Roberto Tejeira, asked the defense and the prosecution not to repeat questions to the witnesses and not to delay the hearings. and   to try to deal with  least two witnesses each day of the hearing reports La Prensa.