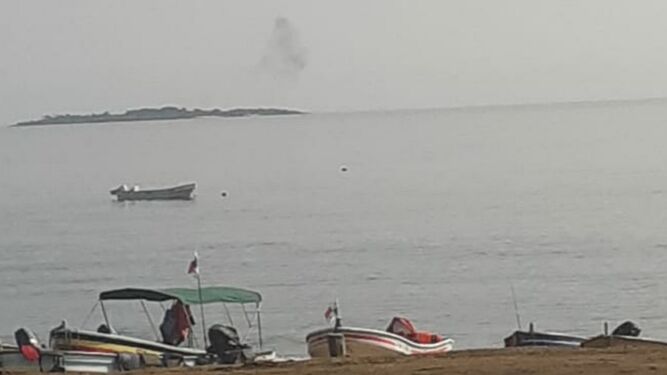 According to reports, the device left on the island during World War II, by the United States Army, was found by an Environment, Ministry ranger who alerted the authorities.

Specialized personnel arrived at El Arenal beach early in the morning and sailed to the island. The detonation that was heard several kilometers away.

The controlled explosion of the bomb took during the whale watching period is in the area, the sources consulted reported, indicating and the issue was coordinated at a higher level.

During World War II, between 1941 and 1945, the US army left a large number of bombs in place. Several have been detonated in the last year.