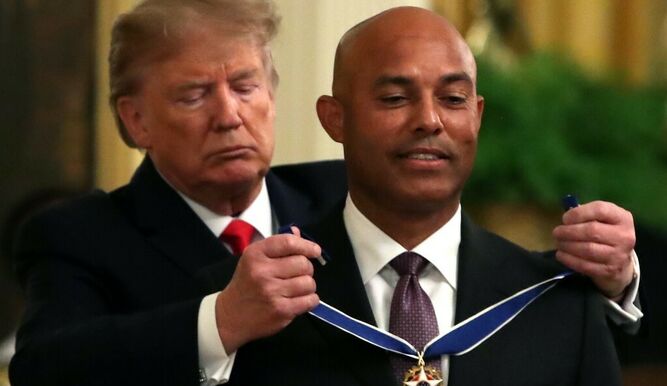 The award is the highest recognition that the US government can grant to a civilian.

"Off the field, through the Mariano Rivera Foundation, he  has helped provide education to children in need, enabling them to achieve a better future," said a statement posted on the White House website. "The United States proudly honors Mariano Rivera for being a baseball game legend and for his commitment to strengthening the communities of the United States."

.Golfer Tiger Woods received the same award earlier in the year. 2019 has been one of the unforgettable years for Rivera, after being unanimously elected to the  Baseball Hall of Fame.