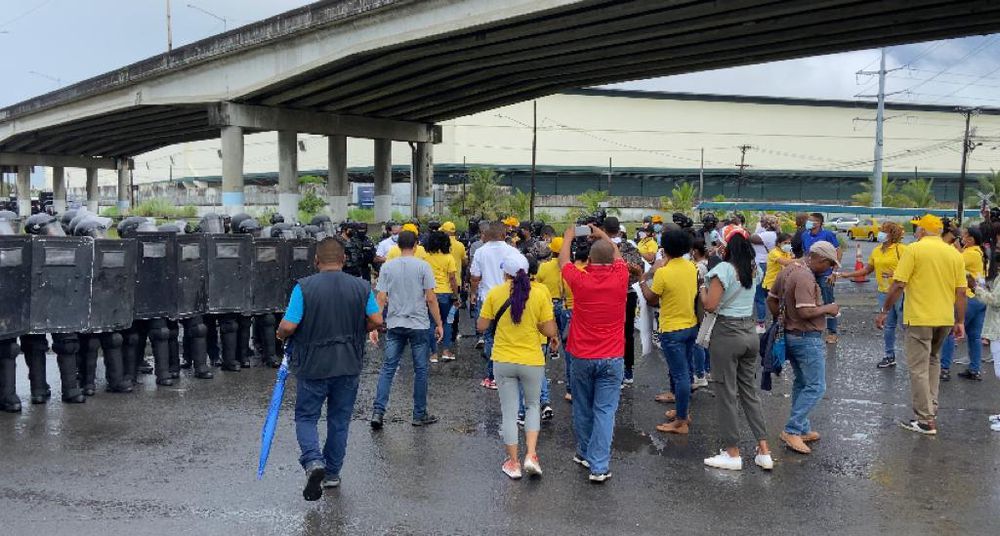 On the eighth day of the strike in the province of Colón riot police used tear gas and pepper spray to disperse protesters, calling on the government to respond to their demands.

After nearly eight hours of  road closures, there were clashes between crowd control agents and bus carriers who kept the roads closed from the early hours of the morning

The leaders of the province announced that they await confirmation by the Executive Branch on the presence this Tuesday of the President of Laurentino Cortizo, for the second meeting in order to specify the actions to reactivate the economy of the province.

The president met with the groups last Friday, but the leadership reported that no concrete answers were given.

Alternatives to the increase in fuel prices, repair of public works, and employment opportunities are among the demands of the organizations.

Teachers reiterated the call to the parents not to send the students to the campuses and plan to carry out a walk from Calle 10 Central Avenue to Calle 16 entrance of the city of Colón.

The public transport service, on nine routes, remains paralyzed and people have to walk to reach their destinations.

Meanwhile, businesses have reinforced their doors as a security measure, and groups of National Police crowd control agents can be seen in different parts of the province.
colon cortizo srike
Share
Previous Post
Supreme Court candidate has resignation baggage
Next Post
Petro proposes plan to cancel extradition to US