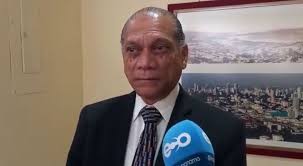 Next Tuesday, José Abel Almengor will appear before the evaluation commission that interviews the aspiring judges. This should be seen as an excellent opportunity to finally hear the explanations that have been owed to the population for years writes Monica Palm in  La Prensa. Accustomed to not showing his face, in 2009, when he was a prosecutor and they opened a disciplinary process for allowing a person accused of money laundering to leave the country, he settled the matter with his resignation.

Two years later, he did the same: he resigned as a magistrate, in a hurry to shelve the odyssey that represented his participation in a plan to remove Ana Matilde Gómez from the PGN, which is why he accumulated up to six complaints in the assembly. If the evaluation commission already said that the future magistrate must have a "personal and professional history characterized by integrity, independence, the absence of conflicts of interest and a commitment to justice”, then Almengor -without being asked- should step aside, understanding that his circumstances do not fit the required profile.

But since he insists, then let him use those precious minutes before the commission, to tell the truth, reveal the full list of his accomplices, and apologize once and for all.