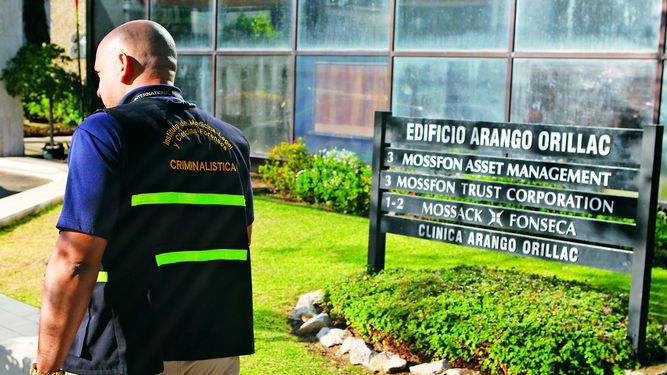 The preliminary hearing scheduled for  Monday, September 20, for alleged money laundering, in a process initiated in 2016 related to the activities of the defunct firm Mossack Fonseca, was postponed to November 22, because three of those investigated  presented various excuses.

An edict signed by the Third Liquidator Judge of Criminal Causes, Baloisa Marqúinez, reported that Ramsés Owens, through his lawyer Marcela Arauz, presented a certificate of medical incapacity, valid from September 15 to 24, signed by the obstetrician-gynecologist Ricardo Ponce Carrizo.

In the certificate, the doctor says that the disability is the result of surgery.

In addition, the lawyer Luis Carlos Gómez, defender of Dirk Brawer and Axel Gauster, presented an excuse because this same Monday he had to attend a hearing, for another case, at the office in Colón of the Superior Court of Appeals.

For this reason, Judge Marquínez decided that the preliminary hearing will be held on the previously scheduled alternate date, from November 22 to December 17, 2021, at 9:00 a.m.

The case, which began with the publications of the International Consortium of Investigative Journalists (ICIJ), is related to the alleged concealment of illicit funds from executives of the German company Siemens .

BEST URGENT EFFECTIVE LOVE SPELL TO GET YOUR EX / HUSBAND / WIFE BACK FAST AND TO SAVE YOUR MARRIAGE NOW CONTACT LORD ZULU ON WHATSAPP DIRECTLY +1 (424) 361‑7554. Hi everyone I'm here to testify a great and powerful spell caster called Lord Zulu. I was so confused and devastated when my husband left me without a word, I needed him back desperately because I loved him so much. So a friend of mine introduced me to this powerful spell caster who had helped her in getting her lover back, so I contacted him and he promised that in less than 72 hours he will come back to me. After I did all he asked, to my greatest surprise my husband who had refused to speak with me came to my house and asked for forgiveness for all he had made me go through and now we are living happily together, if you have any relationship problem I will advise you to contact him for your testimonies. Below are his contact details. Contact him on WhatsApp @ +1(424)361‑7554. BLOGSPOT: allsupremepowersolutionhome.blogspot.com EMAIL: allsupremepowersolutionhom.website2.me