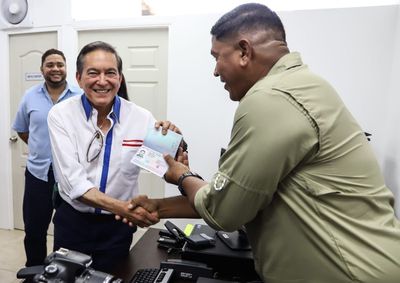 Panama President, Laurentino Cortizo, on Saturday, August 7  reiterated to officials of his administration the importance of working for the country and whoever doesn’t  "leaves for his home".

He was speaking in Bocas del Toro at the reopening of the regional office of the Passport Authority, in the district of Changuinola.

He said that the Passport office was being reopened after 15 years due to a requirement of the population of this province and that it is being met.

He added what staff has to do as officials: “Work and solve.” He also asked the regional technical board to work as a team.

“The performance of each one of you goes through the President of the Republic, Nito Cortizo. The only thing we demand is to work and work tirelessly, Those who do not understand that will go home, It’s that simple, ”said the president.