Two appeals as drug bust subject off the hook 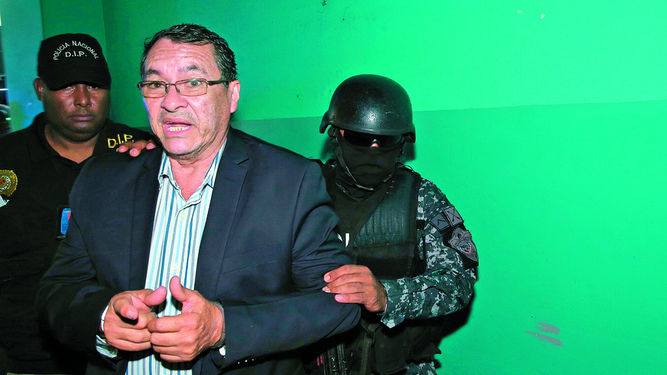 TWO APPEALS have been file against a Judge’s decision to annul the filing of charges for alleged money laundering and corruption of an official against the suspended mayor of Los Santos. Eudocio Pany Pérez.

The mayor was arrested during a major police operation targeting a drug smuggling group said to be centered on the Los Santos City Hall.

On March 15 the magistrate of the First Court of Justice received a  protection guarantee protection presented by the Perez's defense, which declared the imputation of charges to the mayor, considering that when the investigation began enjoyed criminal electoral jurisdiction as he was running for office in PRD elections.

Judicial sources confirmed to La Prensa that Judge of guarantees Josefa Monfante announced the filing of the appeal last Wednesday, and on Friday formalized the legal action before the Supreme Court,  that now must assign it to one of the nine members of the  Court’s plenary session.

Drugs prosecutor  Markel Mora, in charge of the summary, also announced an appeal.