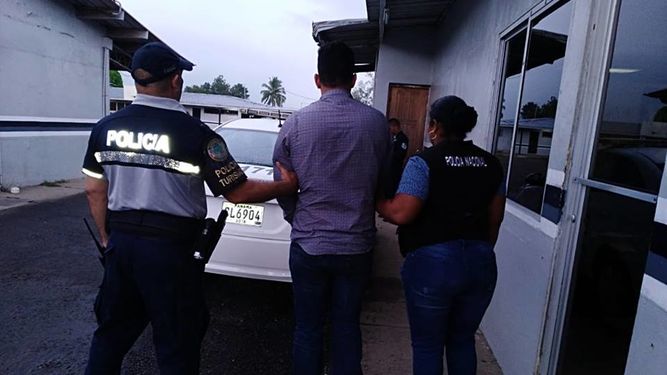 A   man linked to an armed robber dressed like an Orthodox rabbi who strolled through the upscale Soho  Mall in the middle of the day on Wednesday, August 27  and left with  17  Rolex watches after holding up the  Mercurio jewelry store was arrested in Veraguas on Thursday, September, 19 according to official sources.

The Primary Investigation Section of Betania / Ancon and San Francisco / Bella Vista participated in the  nvestigationi with the DIJ of the National Police (PN).

The  Samsung store in Betania was also robbed on the same day.