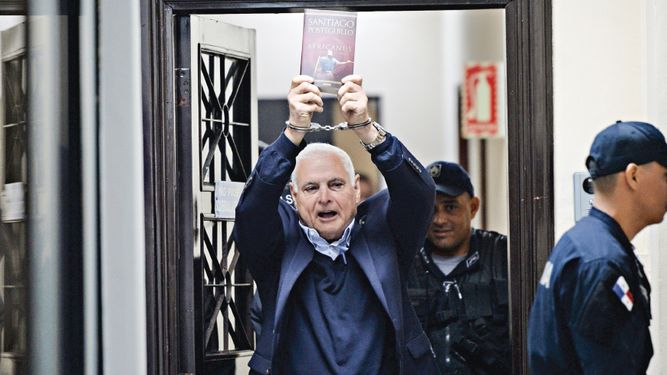 The well funded legal defense of ex-president Ricardo Martinelli   has presented  another Amparo of constitutional guarantees and a habeas corpus, to the  Supreme Court (CSJ) after being notified of the ruling in which the court declined before a court of justice of the accusatory criminal system the competence of the process for the alleged commission of the crimes of inviolability of secrecy and the right to privacy, and two types of embezzlement.

The Amparo judicially attacks the decision of Judge Jerónimo  Mejía, who at the November 26, 2018 hearing denied the defense to be allowed to examine the laptops, hard drives and compact discs from which the transcripts of the recorded conversations of the wiretap victims.

Mejía also refused Martinelli's defense to perform a test, with the purpose of taking the fingerprints of the protected witness. According to Mejía, this expert evidence was irrelevant

The lawyer Rosendo Rivera, an independent complainant in the illegal wiretapping case, said that this protection cannot proceed since the ruling of the plenary of the CSJ validated all the actions of the judge of guarantees made in the intermediate stage of the process.

At the same time, Martinelli's defense filed a writ of habeas corpus with the CSJ to change the precautionary measure of provisional detention.

Martinelli has been in detention at El Renacer prison since June 11, 2018, and for a year before that was held in a US detention center.

Heh EX president your an embarrassment your a fool your a greedy fat sick in the head evil corrupt crook . Lots more cases coming after this one your a sad animal - just shut up and rot