Tagarópulos, a  prominent  Panama importer and distributor of food and dry goods with over 100 years  in the local business world. has announced that it will close its operations.

Among its suppliers are Heinz, Cadbury Purina, and Kraft. 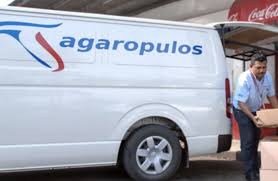 The notice endorsed by Alexander Psychoyos, president and legal representative of. Tagarópulos S.A., was sent to  the Superintendency of the Stock Market of Panama (SVP),

In his letter, Psychoyos explained that it will be a "formal and orderly" closure in which they will comply with its obligations and responsibilities.

The company, , sold a high percentage of its inventory and terminated the commercial contracts he had with the brands it represented in Panama.

The announcement was made on September 17, but a few months ago a process of internal labor restructuring was initiated.

During the fiscal year 2017, Empresas Tagarópulos recorded a loss of $4 million, which represented 20% of the company's equity at the close of 2016. The fall in income forced its shareholders to make a contribution of $ 4.2 million, registered as a loan

Tagarópulos is one of the subsidiaries of Empresas Tagarópulos, S.A. and is part of the group to which the Rey supermarkets also belong.

Rey Holding, the company that controls the supermarket chain, is the joint and several guarantor of the debt issued by Empresas Tagarópulos, S.A.