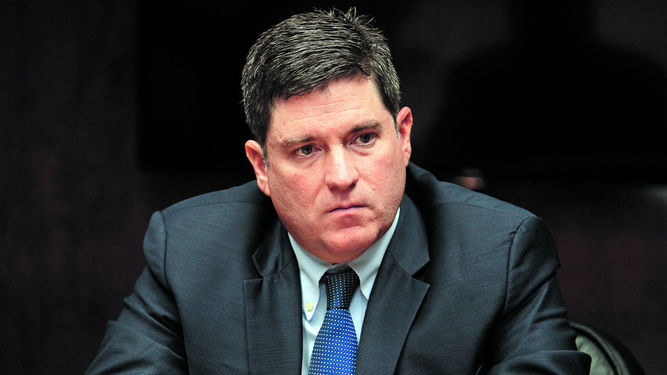 Tocumen International S.A,  Director Carlos Duboy under a cloud since Transparency International and other civil groups called for his firing, resigned on Thursday, June 7.

Duboy announced that he submitted his resignation effective July 16. to President, Juan Carlos Varela, and to the Minister of Economy and Finance, Dulcidio De la Guardia, who is the chairman of the board of Tocumen, S.A.

Duboy  said  he resigned because of politics and that on  July 3 he will hold  a press conference for the rendering of accounts of his years of management at the head of Tocumen, S.A.

He is a member of the ruling Panameñista Party and was the center of a controversy last year when it was revealed he sought  a donation from the Brazilian company Odebrecht in 2008 which has been the recipient of billions of dollars of government contracts, including Terminal 2 at Tocumen International Airport.

According to a report from the Judicial Investigation Directorate, Odebrecht gave $10 million to former Ambassador Jaime Lasso between 2009 and 2014.

The funds, which would have reached the Panameñista Party, were donations "in kind" and received by Lasso, according to Duboy.

In an interview with La Prensa, on Monday, December 11, he admitted  that

In 2008, when he served as sub-treasurer of the Panameñista Party, he asked for a donation from  Odebrecht.

The official said that he knocked on the doors of the company to donate to the campaign of then candidate Juan Carlos Varela.

Odebrecht gave him two items: one for $50 thousand and another for $100 thousand, funds received by Strategic Management Group, his  family company.

Several sectors of civil society requested that he be separated from his position, among them  the Panama chapter of Transparency International, which said that there was a conflict of interests.

Surprise - nope - panama is corrupt to the core