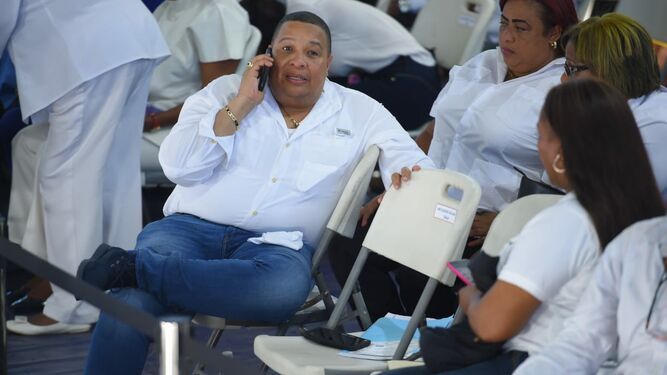 A criminal complaint against Panama Mayor José Luis Fábrega for violating the total weekend lockdown decreed by the Covid-19 crisis was filed  by lawyer Rosendo Rivera on Sunday, August 2,

In the complaint, Rivera points out that the crime in which the mayor was involved is recorded in article 308 of the Penal code: “Whoever spreads a dangerous or contagious disease for people or infringes the sanitary measures adopted by the competent authorities to prevent the introduction or spread of disease will be punished with imprisonment for four to six years. If it is a contagious disease, the penalty will be 10 to 15 years in prison. "

The lawyer requested that an investigation be initiated against Fábrega for the alleged crime against collective security.

Rivera told La Prensa that Mayor Fábrega was surprised, without a mask, at his beach residence in the Coronado area, when the rest of the citizens comply with the curfews and remain in their respective houses.

In addition to not wearing the recommended mask to prevent cases of the new coronavirus, Rivera said the mayor had violated three sanitary controls in La Pesa, El Lago and Chame.to head for his beach house.

The lawyer recalled that he, like many Panamanian citizens, has respected the sanitary measures ordered by the Ministry of Health to combat Covid-19.

The mayor’s actions have already been condemned by a counselor to the Minister of Health who said that “no one is above the law.”

He added that in this country justice is applied to the common citizen, but others are overlooked. "We cannot have selective justice," he added.

As evidence, attorney Rivera incorporated the statement issued on  Saturday by Mayor Fábrega and images of when he was in Coronado
fabrega criminal-complaint lockdown
Share
Previous Post
OPINION- Politicians outweigh society
Next Post
Gorgas Institute studies saliva and breathalyzer tests for Covid-19