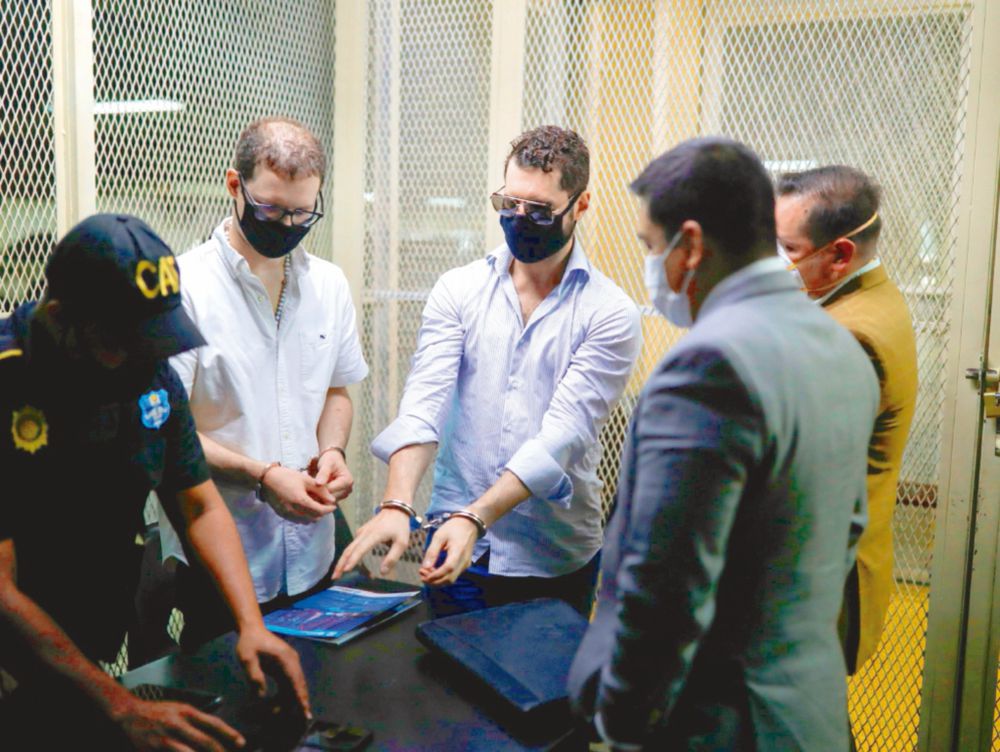 The New York prosecutor’s office has asked a federal judge to seize assets of Ricardo Alberto and Luis Enrique Martinelli Linares , nine months after presenting the formal accusation against both, for alleged crimes related to money laundering.

In a note presented on October 29, prosecutor Breon Peace identified two amounts that would be subject to seizure: one for $697,458.75, "plus accrued interest" and any other product of that sum. traceable, indicating that it could be bank accounts; another for a million dollars and all their products are traceable.

The seizure of these assets has been linked to charges numbered 1 to 5, in the indictment filed against the children of former President Ricardo Martinelli l (2009-2014), on February 6.

In this case, the United States requested Guatemala to arrest and extradite Ricardo Alberto and Luis Enrique. Both were captured on July 6, 2020, and since then, they remain in a military prison, waiting for the delivery process to be completed.

In February, prosecutors for the Eastern District of New York brought three charges against the brothers: one for allegedly conspiring to launder money, and two more for hiding information about money laundering.

Luis Enrique faces two additional charges, for the alleged use of money obtained through money laundering.

In that indictment, the prosecutors noted that, if they are finally convicted, the assets linked to the charges for which they are accused could be confiscated.

The indictment against the Martinelli Linares is based on events allegedly committed between August 2009 and September 2015, largely coinciding with the presidential mandate of their father, and includes at least four suspicious transactions.