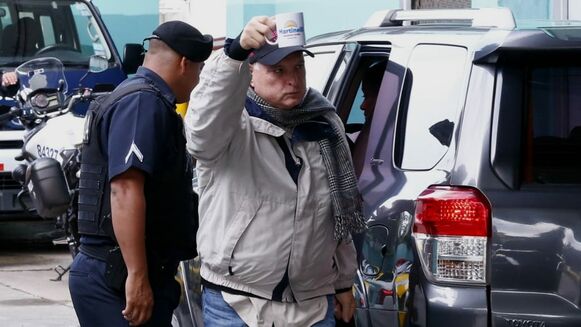 Former president Ricardo Martinelli got a verbal slap on the wrist on Tuesday, July 16 from the court where he faces trial for illegal wiretapping after he flouted rules laid down when his prison detention was converted to house arrest.

Martinelli made comments on a Twitter account against the statements of the accountants of the Comptroller General at Monday’s hearing.

Prosecutor Ricaurte González and the lawyer of one of the plaintiffs, Nicomedes Castillo, asked the court to fine Martinelli for the alleged comments against accountants Iris Pérez and Amadelis Valderrama.

In a ruling of two votes in favor and one against, the court decided not to fine him because it was not possible to verify exactly what Martinelli's accounts are on Twitter.

However, trial judge, Arlene Caballero, ordered Martinelli not to comment on the trial and the witnesses through the social network and ordered his defense team to present the list of official accounts of the former president in the internet, in order to monitor them.