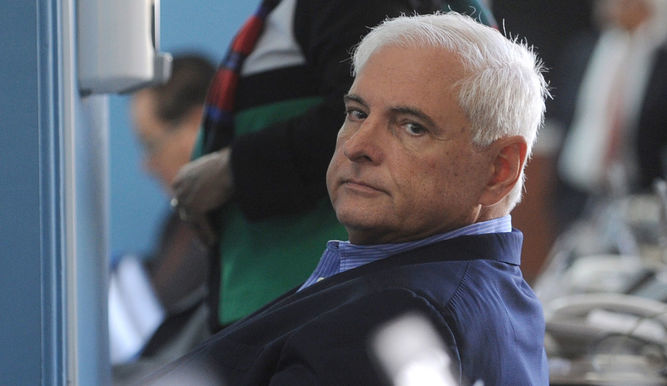 During the weekend, while he awaits the resumption of a snooping trial that could substantially increase his stay in El Renacer Prison, his current home, ex-president Ricardo Martinelli will have time to ponder the wisdom of crowing about his secret knowledge

When media stories first surfaced about the wiretapping activities of the National Security Council, including the roughing up of an investigative journalist, Martinelli said On the morning newscast of Telemetro “I have the dossier and the pedigree of all” when he was president of the Republic. Now, five years after leaving office, he faces an oral trial for four crimes related to the “wiretapping” ordered during his term in office.

On Friday, March 22, the trial against Martinelli resumed after early setbacks calling for physical and mental checks amid setbacks. The hearing was scheduled for 9:00 am however, it started at 11:00 am and, after 37 minutes, was suspended.

On arrival at the court Martinelli whose blood pressure reading was normal when he left the prison, suffered a “hypertensive crisis.” He was evaluated by the paramedics of 911 and the Ministry of Health (Minsa), who got a reading of 160/100. Some observers thought the jump could be because he failed to take his prescribed medication.

He was whisked to the hospital at 11.am and the hearing resumed at 3:29 in the afternoon. Among the measures that were adopted was to have Dr. Eduardo Rodríguez, from El Renacer permanently in court.

Finally, three and a half years after the process started, the indictment was finally read by the Public Ministry (MP), represented by the superior prosecutors Vásquez and Ricaurte González.

Prosecutor Gonzalez said that Martinelli established an “apparatus of power to violate human rights'”, in which the victims were known as “targets”.

There was a “'systematic violation of privacy” of people for which the necessary resources and equipment were supplied using public funds.

After the elections of May 2014, in which the ruling party candidate José Domingo Arias lost, Martinelli ordered the demolition of the facilities and equipment used.

To carry out the interceptions, Martinelli appointed Ronny Rodríguez aka 'Didier' ​​and two other people, the prosecutor said.

Defense denial
Carlos Carrillo, one of seven member defense team, said made up of seven lawyers, indicated that the Prosecutor's Office will not be able to demonstrate that Martinelli, through officials, used equipment to intercept communications, nor did he use the equipment.

“Martinelli did not receive reports, did not give orders, and he did not physically attend the Security Council,' said the lawyer.

"There is not a single written order that links Martinelli to the crimes he is accused of today," Carrillo said.

The trial resumes  Monday at 9:00 with the witnesses of the Public Ministry. A protected witness will be summoned the defense wants his identity revealed.