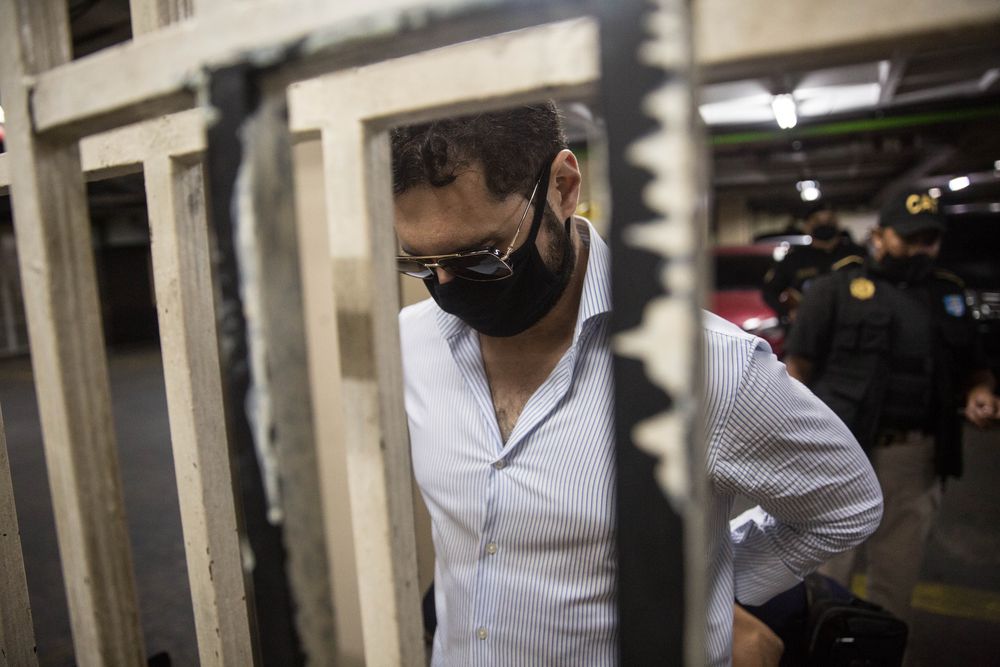 A  criminal Court rejected a challenge presented by the defense of Ricardo Alberto Martinelli Linares, detained in Guatemala since Monday, to change judges, for  the hearing for his eventual extradition to the United States.

"We cannot leave a person detained for 15 days, without resolving their situation ... For now, it is important for the gentleman to know why his required in extradition, is required" said the president of the court, Saúl Álvarez, sitting with the two other two judges, on Friday, July 10.

Denis Cuesy , defense attorney, announced an appeal and that, against the court's decision, and said that the defense's "ability and honor." He had requested 15 days to prepare "an adequate technical defense" against the "arbitrary" arrest of his client, "Deputy Ricardo Martinelli".

Cuesy asked for the extradition process be suspended. He has a period of three days to present the appeal in writing, reports El Periódico de Guatemala.

The judges suspended the hearing  Friday, and will resume once the appeal is resolved.

The  defense lawyer claims  that the court did not allow his client to "show his status as a public official."

Cuesy alleged that Ricardo Alberto's right of defense is being violated because he is not allowed to show the "benefits" that the Central American Parliament (Parlacen) confers on him. He also said that the detention violates articles of the American Convention on Human Rights.

He showed a certification of the magistrates of the Panama Electoral Court, which indicates that Ricardo Alberto was chosen as deputy deputy of the Parlacen, in July 2019.

The prosecutor of the Specialized Unit for International Affairs opposed all the defense requests and asked the court to stick to those stipulated in the bilateral extradition treaty between Guatemala and the United States.

Martinelli Linares, in handcuffs was escorted, from the Mariscal Zavala military prison, where he has been held together with his brother Lius Enrique since Tuesday.

Luis Enrique must also go to an extradition hearing, but before the Fifth Court, which has not yet set a date.

The sons of children of former President Ricardo Martinelli  (2009-2014) were captured at La Aurora International Airport , when they were preparing to board a private plane bound for Panama. Guatemala does not know when and how they entered the country, but authorities have said that there has been an FBI  guided  "follow-up and surveillance" operation since June 30.