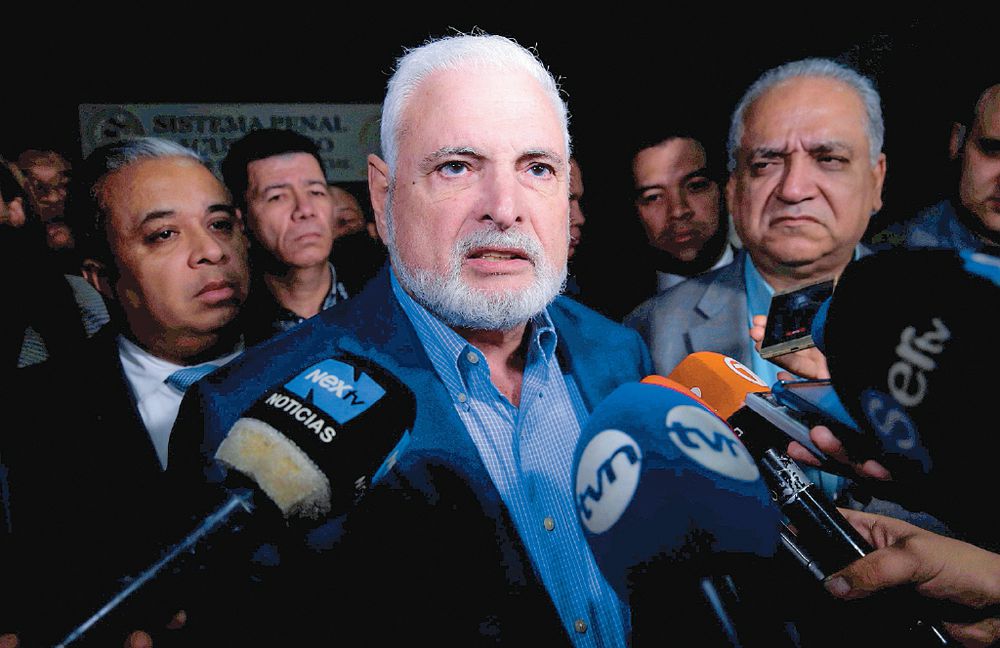 Ricardo Martinelli and his legal team.

The plenary session of the Supreme Court has not admitted a constitutional guarantee protection presented by the defense of former President Ricardo Martinelli against the judgment of the Superior Court of Appeals of November 20, 2020, which reversed the ruling that declared him "not guilty" of illegal wiretapping and ordered a new trial for June  22.

In the ruling, the magistrates concluded that the appeal sought to turn the Court into "one more judicial instance", in order to verify the actions of the Superior Court of Appeals, a situation that it is not compatible with the protection of guarantees.

Judge Maribel Cornejo, rapporteur for the appeal, specified that the Court cannot begin to discuss the value judgments made by the Superior Court of Appeals, and added that in this case there is no violation of constitutional guarantees. The Amparo, presented on December 22 by the lawyer Carlos Carrillo, on behalf of Martinelli, sought to revoke the ruling of magistrates Donaji Arosemena and Yiles Pittí [of the Superior Court of Appeals], on the grounds that they violated the guarantees s of Martinelli when entering to solve background situations of the process.

It also alleged that in the decision, the magistrates included situations that were not raised in the appeal for annulment filed by Ricaurte González, the prosecutor who represents the Public Ministry in the process.

However, this theory was refuted by the full Court when it pointed out that the process had been subject to multiple reviews and that no elements were found to indicate this situation.

Carlos Herrera Moran, the lawyer for a group of victims of illegal interception of communications, affirmed that resources like this one are delaying tactics to avoid facing the new trial.

Panama: Former Panama President Gone Wild and Ugly. Martinelli is one mean ugly... conman from the street thug lawyers. Martinelli must have had thousands of smiling pics of himself but this shows the true side of this... devil. Martinelli not only has to find a way to persuade a higher court judge, he has to get his... Sons of the Underground off the hook because, well, it's ugly and his money gets bloody dirtier. You can see it in his blue hen's egg eyes with that rich man grey beard look. Martinelli ever gets out of this... my god... it's payback time! Martinelli is out for blood! But what stops him? What holds Martinelli back? Lawyers tell him to stay low and they will handle this! Martinelli been in detention and his... Sons of the Underworld been in detention. What's next? An all-out... Underground War?! 2 years... 2 years... hold on Martinelli, you will get re-elected and have your... nasty powerful revenge!!! Pass the ham please.