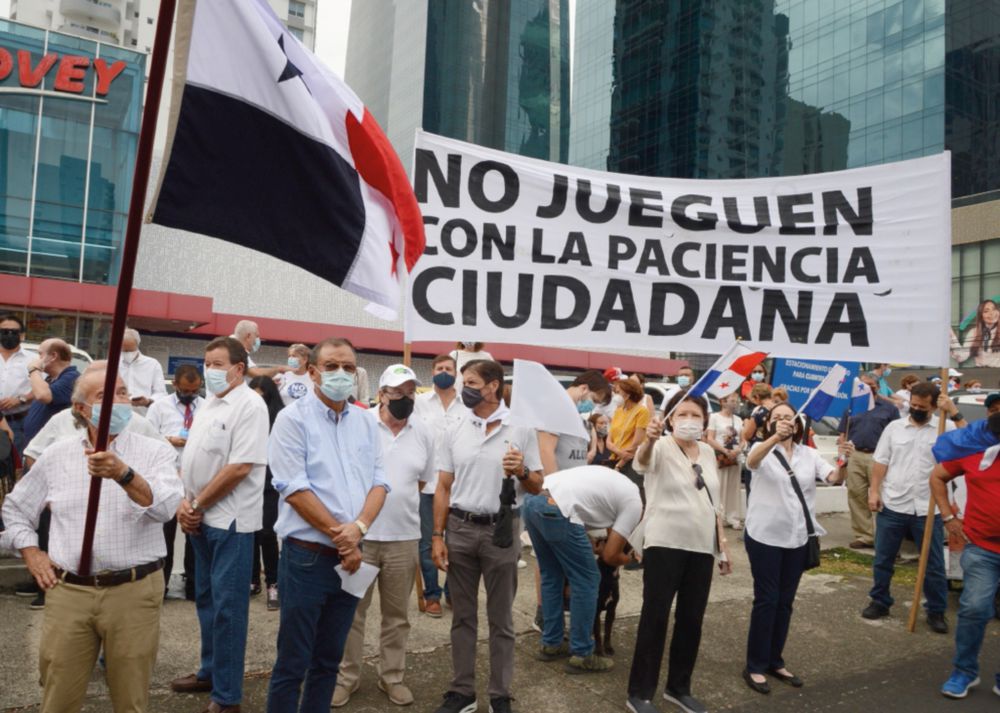 Protests against lawmakers’ handling of the National Assembly debate on electoral reforms continue  with hundreds of people arriving on Wednesday, October  6 at the corner of Novey, old Danté on Calle 50 to form a human chain.  They attended with flags and  banners  carrying messages like: "Electoral fraud" and "Nito, I was wrong about you’"

Aurelio Barría, an ex-civilista, said that this movement seeks to “stop” what the “parliamentary dictatorship” approved in the Assembly. He argued that the deputies do not want to endorse some proposals presented, among them, that there is no criminal jurisdiction, that there is a more equitable electoral subsidy in favor of independent candidates and gender parity.

The changes to project 544, which destroy the one-year work of the Electoral Reform Commission –which brings together all sectors–, have provoked protests from citizens, who demand transparency and equality for a fair contest.