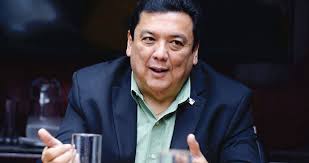 The Special Anti-Corruption Prosecutor's Office, main prosecutor, Tania Sterling,  has been in charge of tracing the network of shell companies and bank accounts that shaped the heart of the criminal cause, and in June ordered the investigation in June. past of former President Ricardo Martinelli. Weeks earlier, the prosecutor Zuleyka Moore was removed from the case by the new   Attorney General, Eduardo Ulloa.

A barrage of legal actions against Sterling left the investigation of the supermarket magnate in the hands of the recently arrived prosecutor Azucena Aizpurúa.

The prosecution of crimes is a complicated activity that requires specialization and, a lot of experience in the subject. Investigating livestock thefts is not the same as identity theft or another computer crime. Nor are common crimes interchangeable with sophisticated money laundering operations says, Noriega.

Most Complex
The Odebrecht case is the most complex investigation ever carried out by the Public Ministry. It includes tracking transactions in multiple jurisdictions, and therefore a translation of documents from  Portuguese, English, German, and possibly other languages. The number of defendants, witnesses, and experts, together with the documents that must be analyzed, requires a clear understanding of the case and its evolution.

While the Odebrecht case in Panama has had many setbacks,  on July 27 by the assistant prosecutor Julia Nestor, from the Federal Prosecutor's Office for the Eastern District of New York, states that the investigation involving the brothers Ricardo Alberto and Luis Enrique Martinelli Linares and 12 other people required the cooperation of four jurisdictions and three years to compile documents and testimonies.

Panama’s  Special Anti-Corruption team was originally designed as an office with multiple heads, among which were the best known: Tania Sterling, Zuleyka Moore, Ruth Morcillo, and Vielka Broce.

Although Prosecutor Broce previously retired, the team received a hock when in February, the new Attorney General, incorporated two rookies into the Special Anticorruption Prosecutor's Office: Anilú Batista and Azucena Aizpurúa. A few months later, in the midst of the pandemic, Attorney Ulloa made a rotation, removing Prosecutor Moore from the Special Anti-Corruption Prosecutor's Office, and Prosecutor Aurelio Vásquez, who was in charge of the investigations in the so-called Blue Apple cases and the from the wiretapping case and he was transferred to a family prosecutor's office.

In the Blue Apple case, a scheme the collection of surcharges and laundering of bribes very similar to that of the Odebrecht was used. The wiretapping case is pending two appeals for annulment and the Second Chamber of the Supreme Court of could well scrutinize the judgment of the Trial Court of August 26, 2019, who declared Ricardo Martinelli "not guilty". Without the prosecutor Vásquez, both cases are weakened.

On June 30, Sterling ordered the investigation of former Martinelli for alleged money laundering related to the Odebrecht case. Sterling, a well-known jurist within the Public Prosecutor's Office, was attacked on social networks and was the subject of multiple legal actions: Two criminal complaints claiming $10 million in damages; two challenges before the Twelfth Criminal Circuit Court, for not knowing the ex-president's medical incapacity and for having participated in the preparation of his extradition from the United States. A complaint was filed with Ulloa against Sterling, and an unconstitutionality warning was filed against her performance, alleging that Martinellis is protected by the principle of specialty.

In the mixed inquisitorial system, under which the Odebrecht case is developed, the challenges must be resolved by the court hearing the case, that is, the Twelfth Criminal Circuit Court, led by Judge Óscar Carrasquilla As for the unconstitutionality warning, the rules establish that this appeal does not stop the processes, except at the sentencing stage.

In any case, Sterling's procedural roadmap would continue to be undermined by criminal complaints, the disciplinary complaint, and by the veiled threat publicly proclaimed, that the salaries of Public Ministry officials and  a high-profile investigator would be kidnapped.