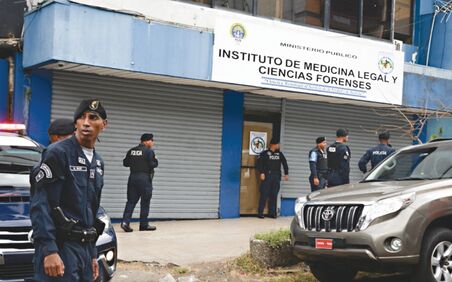 Former president  Ricardo Martinelli, facing trial in a case in which a prosecutor has called for a 21-year sentence has a "mixed depressive anxious disorder in relation to his current legal situation."

The  diagnosis  came from The  Institute of Legal Medicine and Forensic Sciences (Imelcf) after a Thursday, March 14 assessment

Roberto Tejeira, who chairs the court trying Martinelli   for allegedly ordering spying on political opponents, lawyers  and journalists opponents of in his government, received the report on Thursday afternoon and and then sent a note to Imelcf asking if Martinelli the former president is able o face the oral trial and if he should follow any medical treatment.

The Public Ministry, through Prosecutor Ricaurte González, is requesting the Court to summon the parties to discuss the content of the forensic report.

The trial, which began on  Tuesday, was suspended that same day, because the defense presented a certificate from private psychiatrist  Frank Guelfi that incapacitated the former president until March 31. The Trial Court ordered the Imelcf to conduct an evaluation, which was carried out by the forensic psychiatrists Alejandro Pérez Méndez and Olga Bouche de Romero.

Guelfi diagnosed that Martinelli has anxiety, suicidal ideas, and depression.

Martinelli has been detained in El Renacer since June 11, 2018, when he was extradited by the United States
martinelli wiretapping
Share
Previous Post
Guatemala rejects Martinelli son's appeal against extradition to US
Next Post
Ministries clash over future of fourth bridge