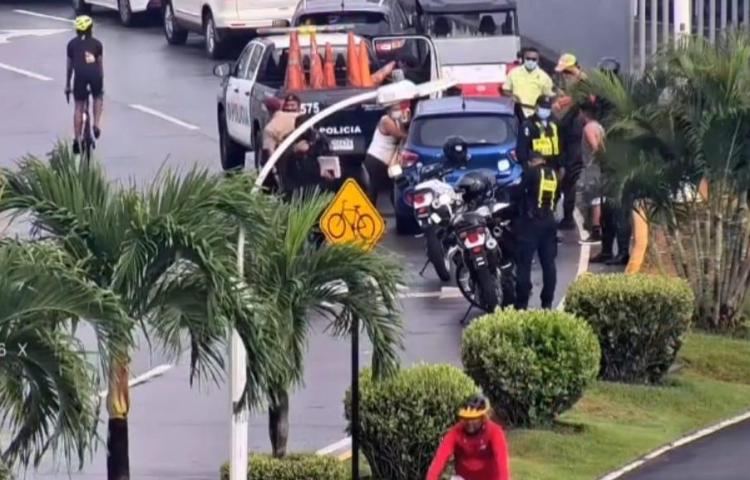 A drunk driver ran over two foreign cyclists on the Cinta Costera near the Seafood Market in Panama City at around 10.30 on Sunday morning. The driver fled the scene but was stopped by members of the Naval Air Service (SENAN) at a nearby roundabout.

The injured cyclists, one Italian and one Uruguayan had to be transferred to a local hospital. Their condition is unknown.

According to the National Operation Center "The DNOT  carried out a breathalyzer test, marking 75 mg / dl, (proven drunkenness)," they explain on their Twitter account.

Oh ya is right again. When the topic isn't covid, he makes sense.

With drunk driving a national sport here nobody is surprised. Why do you never see stop checks in Panama