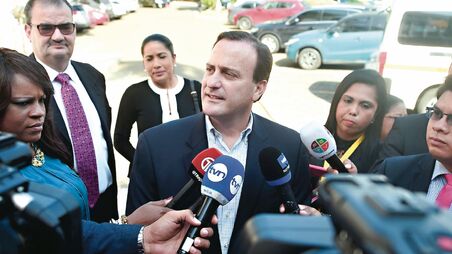 the Second Superior Court of Justice on Friday, August 2, confirmed a lower court ruling that dismissed 22 people close to former president Ricardo Martinelli accused of crimes against public administration to the detriment of the state savings bank (CA).

The case is related to alleged irregularities in a loan of $9 million grant in 2012 by the bank to the HPC-Contracts-P & V for the construction of the Amador Convention Center which never happened.

The ruling of the Second Court favors  the former president of the board of directors of the CA Riccardo Francolini; former manager Jayson Pastor; and to the former vice president of Panama Felipe Pipo Virzi and Iván Clare and West Valdés, owners of the  scandal-ridden defunct  Financial Pacific brokerage,  the center of multiple corruption inquiries

In August 2018, the Fourteenth Criminal Court, in charge of Judge Vilma Urieta, decreed the final dismissal of those charged.

Two weeks later the anti-corruption prosecutor, in charge of the investigation, appealed the judgment  before the Second Court.