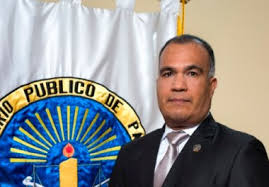 Recent decisions of judges in high profile cases where businessmen and former government insiders with close links to the Ricardo Martinelli administration walk free are raising concerns in the Public Prosecutor's Office and civil society.

The attorney general's secretary, Rolando Rodríguez, has called on all judges in the country to "become aware of the complexity of anti-corruption investigations.” Reports TVN

Anticorruption prosecutor Lizzie Bonilla made an investigation of the concession granted for the parking lots of the Tocumen International Airport, linked to Gabriel Btesh, who has fled the country.

The Second Court of Justice recently revoked the preliminary injunction against Btesh and declared the nullity of part of the proceedings against him.

Bonilla said that in the investigation it was determined that the concession was delivered to the company one month after it was created. "It did not have quality or experience."

He even argued that the company required to deliver an operational and market report that addressed feasibility and did not do so.

With the investigations, a patrimonial injury of $1,883.000 that the State stopped receiving was determined. According to the prosecutor, when the parking lots were administered by the airport, even more, money was received.

The judge argued that Btesh had his rights violated because he was not notified of procedures, however, the prosecutor indicated that he always had a lawyer in Panama, despite not being in the country.

Rodriguez said that, " as it can be established that the right to defense has been violated to a person with a lawyer, but absent in Panama and from the process. There is an inconsistency. "

In other cases such as Rogues de Tonosí and the dismissal of 18 involved in the case of the extinct National Assistance Program (PAN), the reality has not been different.

Rodriguez said that several months ago, the Attorney General, Kenia Porcell warned that she had received notice that several cases of anti-corruption "were going to fail, despite the efforts and elements of conviction," provided by the prosecution.

" They are complex investigations, they are not easy to develop. They involve amounts of operations, people and requires time, "he said.

Rodriguz said that they have prosecutors specialized in money laundering, financial crimes and the citizenship knows them. "There are no specialized judges
Share
Previous Post
McAfee founder commits suicide in Spanish jail
Next Post
Forensic doctors check on Martinelli