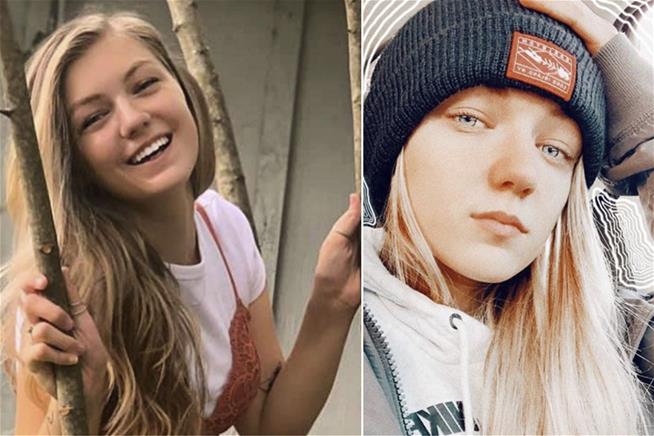 A coroner in Wyoming has confirmed that a body found in Bridger Teton National Forest over the weekend is that of 22-year-old Gabby Petito. The FBI said Tuesday that Teton County Coroner Dr. Brent Blue ruled the death a homicide in preliminary findings, CNN reports. The FBI said the cause of Petito's death is pending final autopsy results.

Petito was reported missing earlier this month after boyfriend Brian Laundrie returned from a cross-country road trip alone. Investigators "remain dedicated to ensuring anyone responsible for or complicit in Ms. Petito's death is held accountable for their actions," FBI Denver Special Agent in Charge Michael Schneider said in a statement,. "Brian Laundrie has been named a person of interest." Laundrie, 23, hasn't been seen for a week. He lived with his parents in North Port, Florida. They told police he might have gone to the nearby Carlton Preserve. Investigators resumed searching the swampy area Tuesday with drones, dogs, helicopters, and all-terrain vehicles,  AP reports.)

Duh. Do ya think soooo?

23 days ago
The comments are the responsibility of each author who freely expresses his opinion and not that of Newsroom Panama.