Case against 102 Odebrecht defenfants before courts in December 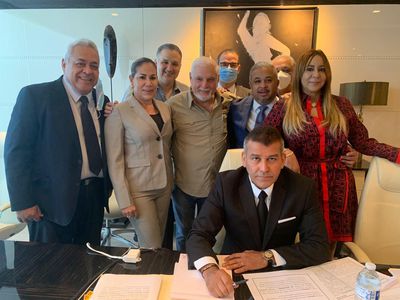 ex-president Ricardo Martinelli and his team of lawyers

The  long-awaited prosecutorial hearing of the Odebrecht case will appear in the courts  in December said  Panama Attorney General Eduardo Ulloa, on TVN on Sunday

Ulloa said that they are prepared for justice to be done.

"We have asked the prosecutors that within the volume of the to ensure that the prosecution is as soon as possible. And considering the days to come, we have calculated that, at the latest, for the month of December that fiscal hearing should be going to court, "said Ulloa.

He reiterated that it is an emblematic case that consists of 1,120 volumes, 102 accused, and about 150 international assistance; Most of the responses were received and the rest are in the process of being completed.

Ulloa affirmed that more than the strength of the prosecutorial view, what should be highlighted is the strength that the investigations which is what will determine the success or not of the files in the courts.

"We believe that within the circumstances that were investigated, we will be presenting a strong case before the courts which has very well-accredited objective elements, which allows a series of people who are accused to be shown criminal responsibility before the courts", Ulloa said on the 'Radar' program on TVN.

He acknowledged that the road will not be easy, but they are prepared to make the entire fight in the most effective way, at the judicial level, so that "within the file there is justice."

Ulloa also expressed his feelings about the people who could not be prosecuted in this case for having certain privileges: “We must recognize that in this fight against corruption there are a series of factors that often condition the actions of the Public Ministry. There are a series of jurisdictions, privileges and prerogatives that have prevented some people, who should be included in this file, but they are not, "said Ulloa.

The investigation of the Special Anti-Corruption Prosecutor's Office in the Odebrecht case is due to the bribes that the Brazilian company gave in exchange for the allocation of public infrastructure works.