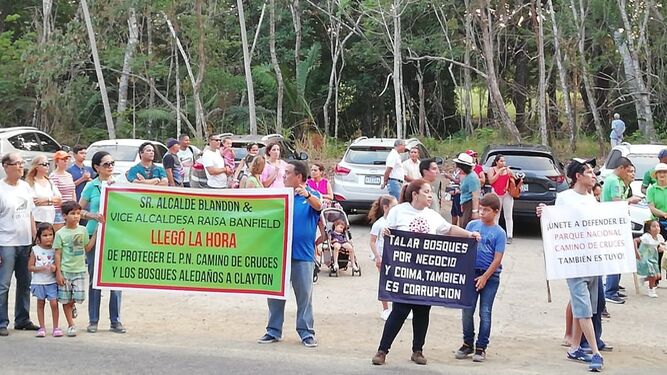 Clayton residents protest to save trees and wildlife

The construction of a new King's College school in Clayton has received a temporary suspension order from the Panama Municipal Council until the anomalies presented by the local community have been evaluated says a statement released by the residents of the Clayton area.

"The Housing Commission will be called for next week with the various ministries to start over and see the whole issue of laws," said Iván Vásquez, representative of Ancon at the end of Tuesday’s Municipal Council meeting.

A spokeswoman for the association of residents of the area transmitted to the media the concern of the neighbors due to the animals that are leaving that forest.

"The technical studies done by the companies detail that there is no fauna, only birds; but we constantly see deer, toucans, and monkeys coming out of their habitat, that is one of the main effects," he said.

King's Group, the company responsible for the construction of the British school, has not issued a statement says La Estrella..