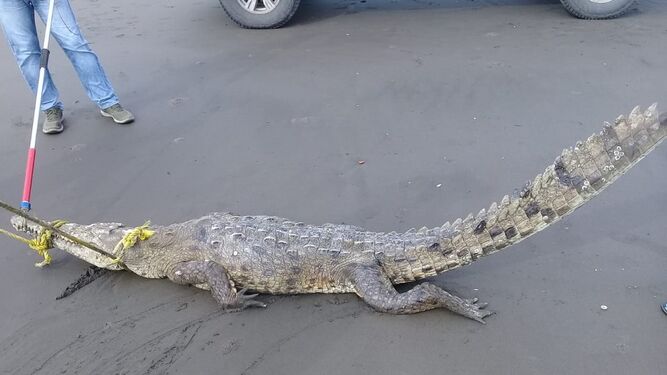 Croc in search of water

Alexis Rivera, a biologist at the Ministry, said  the croc  is of the   Crocodylus species and weighs 250 pounds

To date in 2019, there are over  150 animals of different species have been rescued in the Azuero region.

A report by Miambiente confirmed the rescue of some 105 species affected by climate change in the region, after running out of water in their respective habitat, the highest statistic in recent years.