WORLDVIEW: The US - A Failed Democracy 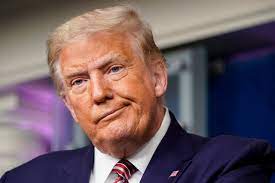 It should take a long time before America can again strut the world stage and lecture about the values of democracy, poking its finger in the eye of every authoritarian or dictatorial government it has the desire to show up. A former president, has announced he will run for the presidency again and still uses every occasion to tell the world that the 2020  election was illegally hijacked.

Despite the liberal happiness over the Democrats doing a bit better than expected in the mid-term elections of last week they have shown up once again the deficiencies in America’s “democracy”. The in-built right-wing bias of rural states has been made manifest for the nth time.

We learned in the last general election that winning a handsome majority of votes wasn’t enough and that for President Joe Biden to win he had to garner 270 votes in the electoral college, which is biased towards the under-populated, rural, states such as Wyoming with only 600,000 people.

We learned once again in this election that because they won easily in the lowly populated countryside the Republicans will wield undue power in the Senate and the House. Small numbers of voters swing the underpopulated rural states for them.  A little populated state like Wyoming gets two senators, just as does the state of New York. 90% of congressmen are re-elected. Over the years congressional boundaries have been jiggled so that it is difficult for incumbents to lose.

Then there is the Supreme Court that can cement the bias of the voting- as it did when it overrode presidential candidate Al Gore in favor of George W. Bush or when earlier this year it rolled back Roe versus Wade, the landmark Supreme Court case that permitted abortion. It is a court where justices are appointed not always for their legal skills but for their political convictions.  Republican presidents have stacked it with their appointees. Unless in the unlikely event two of the Republican-minded justices die in the next two years the court will continue to deviate sharply to the right.

Is this American system better or worse than Russia’s? Two years ago, I wrote that it would be difficult for honest, detached minds, to prove it one way or another. I don’t write that today. The US system, bad as it’s been, has shown with last week’s election that there is a built-in self-righting mechanism- a reasonably well-informed electorate who can vote freely without compunction for whomever they choose.

The Republicans have not yet produced a Vladimir Putin figure. Flawed the US system may be, but autocracy is held at bay

Are the UK’s, France’s, Brazil’s, Sweden’s, Denmark’s, Kenya’s, Brazil’s or Canada’s (just to mention countries with recent elections) better and fairer than Russia’s? Yes, they are. And fairer than the US’s? I think so.

Freedom House, a conservative-leaning organization I’ve long respected for its honesty, once ranked the US, out of a hundred, sixth, in the most democratic rankings. But by 2009 it had fallen to 22nd place. By last year it had fallen to 42nd place. Other measuring organizations such as The Economist Intelligence Unit and Civicus Monitor, come up with similar figures.

Free Press
The inherent weakness in America’s voting system is countered to some extent by a free press, but with a concentration of power, particularly under the auspices of Rupert Murdoch and with the death of smaller papers and magazines, the situation is not as good as it was 20 years ago.

There are good news outlets like the New York Times, the Washington Post, and the Public Broadcasting System. But even then, on key occasions, such as during the Vietnam war, at the onset of the two wars against Iraq, and during the present Ukraine war there are lapses.

With Iraq, the Times and the Post did not give much space to either their own reporters or their putative editorial contributors to question the paper’s pro-war line. During the Vietnam War, the Times in an editorial attacked Martin Luther King for his opposition, saying, “The war in Vietnam and civil rights don’t mix”. His speeches were not covered seriously. Today, those who argue that NATO has provoked Russia into war by continuously expanding NATO right up to Russia’s border are not given space.

Bill Clinton’s secretary of state, Madeleine Albright, once said, “The United States is the indispensable nation”. But, as James Traub has written in Foreign Policy, “The US remains indispensable because it is the world’s greatest military power- but not because other nations look to it for guidance”.

All this should prompt us to think about how important democracy is. For all its failings, the world has no better idea, as Winston Churchill famously declared. The 20th century saw all sorts of experiments, including fascism, socialism (not to be confused with social democracy), anarchism, monarchism, Marxism, and theocracy. All came undone. Out of the ferocious competition of rival ideas democracy came out on top.

Professor John Dunn of Cambridge University in his magisterial study of democracy writes, “The term democracy has become (as the Freudians put it) too highly cathected: saturated with emotion, irradiated by passion, tugged to and fro and ever more overwhelmed by accumulated confusion. To rescue it as an aid in understanding politics, we need to think our way past a mass of history and block our ears to many pressing importunities”.

We need to know far more about democracy than we do. President George W. Bush declared that “the reason I’m so strong on democracy is that democracies don’t go to war with each other”. Indeed, much academic research has proved his point and it is an important and good one. But democracies have a terrible record of going to war against non-democracies, often on the flimsiest excuse. Why?

Look at America’s war against Spain in the nineteenth century or against Cuba and Nicaragua in the last century. Britain has gone to war more times in the last 120 years than any other country in the world.

The Ancient Greeks were the first to run themselves by vote. But perhaps we should not be surprised that Plato was against the democracy of his home city, Athens. Plato believed that in the best form of government philosophers should rule.

Historians have wondered why he was so against democracy. Was it because he was from a wealthy family and Athenian democracy seemed to favor more equal income distribution? Or was it because a democratic state had sentenced to death his teacher, Socrates, falsely accusing him of impiety and trading on Greeks’ religious sensibility? Regardless of the reason, Plato saw democracy as the rule of the foolish, vicious, and always potentially brutal.

Look how, as a senator, Biden and his congressional contemporaries voted into law that judges must incarcerate the convicted for long terms, even for minor offenses, if this was their third conviction. The result is the US has 2 million people in jail, mostly young black men. No other country in the world, even authoritarian or dictatorial, has such numbers or is anywhere near it.

Athenian democracy flourished but then the idea faded away for the best part of 2000 years. The Romans had little time for it. It returned in the struggle for American independence.

A few years later it became the central rallying cry of the French Revolution. Only after 1789 did people start to speak of democratizing societies and it was the French spirit, not the American one, that was its potent exporter. We must never forget that democracy would never have achieved the promise it did without the vision of Robespierre, this figure of “reptilian fascination” who organized the mass executions of those thought to oppose the path of the Revolution.

Over the next 150 years, the cause of democracy edged forward gradually, but it only triumphed after 1945.

Today some of us like to think, as Pericles did in his great oration on the subject, that democracy gives society its sobriety of judgment, respect for wisdom, the pride necessary for its economic energy, generosity, and even its respect for taste and responsiveness to beauty. But at the same time, we are engaged in a perpetual fight against its worst elements.

America has moved from being its modern-day founder to being its saboteur. Why should the authoritarians and dictatorships seek to emulate it when it is making such a mess of the concept? Why does the US think it can teach the rest of the world how to behave? Its own democracy is being sorely tested. It is surviving- just. Until it has sorted itself out it should stop posing and lecturing.