WORLDVIEW: The pandemic of fear 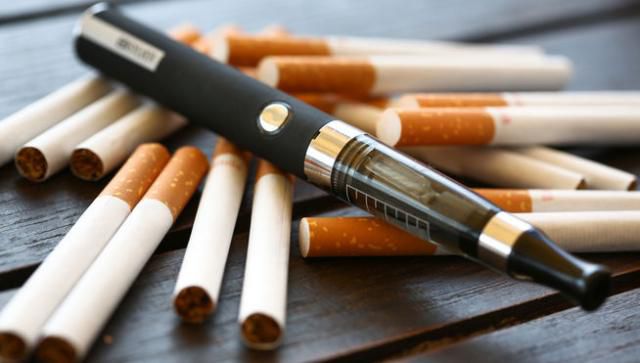 Let’s get death in proportion. True, Coronavirus is an appalling disease but the number of deaths it has caused this year is far lower than deaths caused by either common flue, car accidents, drug-taking, alcoholism or cigarette smoking.

Governments don’t like these things and make an effort to combat them. But they don’t get themselves as worked up as they have with Coronavirus. (For starters, why don’t they outlaw all smoking?) A Russian friend texted me from Moscow the other day saying the pandemic we should worry about is “the pandemic of fear”. Where is our sense of proportion?

Another issue to examine in order to clarify our thinking is how many people have US and Nato troops killed compared with the numbers killed by terrorism.

Again it is a matter of getting things in proportion. Terrorism puts the fear of God into people and governments. But there’s less fuss made about what Western governments are doing with their never-ending killing wars.

Let’s first look at terrorism whose numbers of deaths have halved in the last four years, according to the respected Global Terrorism Index, published by the Institute for Economics and Peace. The numbers killed were 33,555 in 2014 but in 2018 were 15,952.

According to the 2019 report 98 countries have improved their situation with regard to terrorism when deaths are counted; 40 have worse.

Seven out of the nine world regions in 2018 saw a reduction in terrorism. The largest improvement was in the Middle East and North Africa.  In South America, Central America and the Caribbean it got worse. (But here we are talking about small numbers.)

The numbers killed in the West by terrorists are a small fraction of these. The number of deaths in Europe was over 200 in 2017 but was 62 in 2018. The total number of incidents fell by 40%.

Now, to compare, let’s look at the numbers killed by American and Nato-inflicted warfare.

A study by Nicolas Davies published in January concludes that 1.2 million Afghans and Pakistanis have been killed as a result of the US invasion of Afghanistan during 19 years of war. That figure alone overwhelms the number of deaths caused by terrorism, even though it doesn’t include the war in Iraq, in Syria, in Somalia, and in Yemen (where the US and UK have armed the Saudi invaders).

Neither the US government nor Nato governments keep a record of civilian casualties. Nevertheless, they admit, when questioned, that far, far, more civilians have been killed in Afghanistan than were killed by the great act of terrorism, the attack on the World Trade Center on 9/11 in 2001. The reason for the Western invasion of Afghanistan was to eliminate the small group of Al Qaeda followers who had conceived and implemented 9/11 and who were being sheltered by the Taliban in the Afghan mountains. For that the Americans decided to invade and in effect punish the whole country, both insurgent and civilian.

Senior American officers admitted to Dana Priest and William Arkin of the Washington Post that more than half the raids conducted by US special operations forces target the wrong person or house. Thus it has been inevitable that large numbers of innocent civilians have been killed, far more than official reporting suggests.

Let’s also take a look at Guatemala, a country I’ve extensively reported from for the International Herald Tribune, the New York Times and for two of my books.

The Guatemalan war lasted from 1960 to 1996. The deadliest part of the war was unleashed when President Ronald Reagan restored military aid to Guatemala in 1981. One US government report defined the targets to include “the civilian support mechanism”, which in effect meant that a large part of civilian population was a target for military action.  A CIA report in 1982 described how “The commanding officers of the units involved have been instructed to destroy whole towns and villages which are cooperating with the guerrillas and eliminate all sources of resistance. Since the operation have begun several villages have been burnt to the ground, and a large number of guerillas and collaborators have been killed”.

Later, when the war was over, the UN-sponsored Historical Clarification Commission (that received much of its funding from the US government of President Bill Clinton) documented 626 massacres and found that at least 200,000 people had been killed. Clinton went to Guatemala to publicly apologize for what the US had done. At least 93%, the report concluded, were killed by US-backed forces and death squads, and only 3% by the guerrillas. Altogether it has been estimated that there were 735,000 civilian deaths up to the end of 2017. This war was supposed to stop the march of communism across Central America and to resist those who wished to see a fairer land distribution and a greater share of social services for the poor Indian part of the population.

It’s obvious that over the last two decades the US and its European allies have inflicted far more killings of civilians than have the terrorists. Yet one act of terrorism by a rudimentary armed group can generate ten times as much word-space in the newspaper or on the TV screen than an American bombing of civilian houses and hospitals. Proportion?

Proportion in both journalism and government actions went out of the window long ago. And now with the Coronavirus, because of that, we have a pandemic of fear. Shakespeare wrote in Richard 11, “How sour sweet music is/  When time is broke, and no proportion kept! /So it is in the music of men’s lives”.

Hello everyone , I was totally broken when the love of my life left me it was so hard for me and I almost gave up if not for a friend who directed me to a very good and powerful man called Dr Ralph who helped me bring back the love of my life and now he treat me with so much love and care. I don’t know what kind of problem you are passing through but with what he did for me I know he can help you. So try and talk to him on WhatsApp on: +2347037816417 Or email at: Ralphspellsolution@gmail.com. He has a permanent solution to any type of problems such as: Lottery Spell, Love Spell, Power Spell, Psychic reading, Success Spell, Cure of any sickness, Pregnancy Spell, Marriage Spell,Job Spell, Protection Spell,Win court Case Spell, Luck Spell and many more.

Don't forget the source. Johnnie Power is a Left-Winger. Most of the reporting from or about Guatemala has been erroneous and still is!

Everyone needs to read this story and gain PERSPECTIVE. How many people die in car accidents each year? Should we ban all cars? Why not?