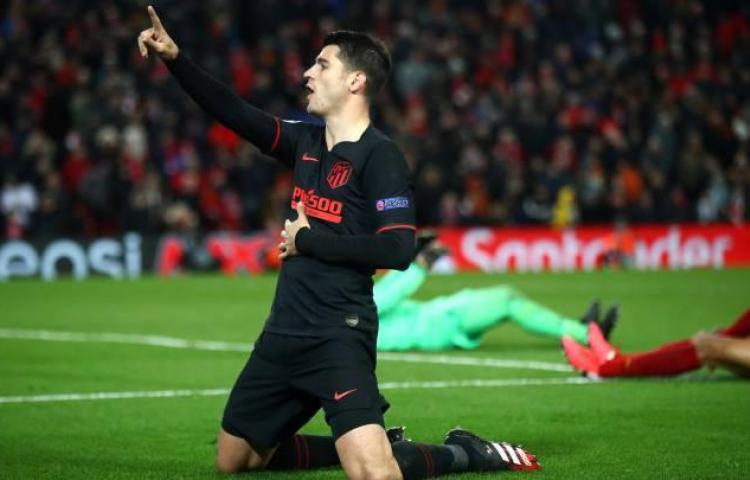 A study prepared by 'Edge Health', an institution that analyzes data from the British National Health Service (NHS), and published by the 'Sunday Times' concludes that the Liverpool-Atlético de Madrid match played on March 11, to which traveled  about  3,000 fans of the Spanish team caused 41 additional deaths from coronavirus.

That is the estimated number of deaths that, according to the study following the shock corresponding to the return of the round of 16 of the Champions League that qualified for the next phase the team of Diego Simeone, who won 3-2 at Liverpool.

The meeting was held two days before the President of the Government of Spain, Pedro Sánchez, decreed the State of Alarm in Spain and caused controversy in a sector of British public opinion, which asked that it be played behind closed doors.

Liverpool's director of public health, Matthew Ashton, said  April 3 that the dispute of that match was a "mistake" and pointed out that the increase in cases in his city could be related to the duel between the two teams.

Liverpool Mayor Steve Rotheram called for an investigation on April 23 to find out why the game was at stake and its impact on the spread of the coronavirus in the English city.

"If people have been infected as a direct result of a sporting event that we think should not have taken place, it is scandalous," Rotheram told the BBC.

The report prepared by 'Edge Health' states that the 41 additional deaths that Liverpool-Atlético could cause occurred between 25 and 35 days later, when Spain had 640,000 positive cases on March 11, according to calculations by London's 'Imperial College' and the University of Oxford, which number 100,000 infected in Great Britain at the time.

The report also analyzed the possible additional deaths from coronavirus caused by the Cheltenham Festival, which attracted more than 250,000 people in the second week of March and which caused "37 additional deaths"

This article is boring. I guess we have to come to point where they have to make up Covid news ... The plandemic is getting boring. Yawn.

This article is boring. I guess we have to come to point where they have to make up Covid news ... The plandemic is getting boring. Yawn.

No, thats baseball your thinking of.