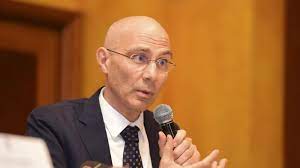 Preliminary analyzes carried out by specialists from the UN Human Rights Office indicate that the video images showing the apparent execution of Russian soldiers who had surrendered are authentic, revealed the high commissioner Volker Türkon on Friday

“It is highly likely that (the images) are authentic in what they show. The real circumstances of the entire sequence of events must be investigated in the most extensive way possible, ”said Türkon.

Russia has accused the Ukrainian Army of the summary execution of a dozen soldiers after the wide dissemination of a series of videos in which it is seen that they surrender to Ukrainian troops in the village of Makiivka (Lugansk region), but then emerges a Russian soldier who opens fire on the Ukrainians.

The video cuts out at that moment and then the corpses of twelve Russian soldiers lying face down appear.

The UN believes that an independent and detailed forensic investigation should be carried out so that exactly what happened can be determined.

The Ukrainian authorities have opened a criminal investigation into the events, but Türkon stressed that any complaint of summary execution must be investigated in a way that leaves no doubt that it is being carried out with transparency and impartiality.

"I ask the parties to give clear instructions to their forces that there should be no reprisals or revenge against prisoners of war," said the high commissioner.

Türkon also denounced the Russian bombardments against essential infrastructures in Ukraine since last November 10 and that on Wednesday  killed eight civilians, including a girl and a two-day-old baby in an attack on a hospital in Zaporizhia.

Another 45 people were injured that same day, bringing the number of injured to 272 in just over six weeks and 77 dead, according to facts verified by UN observer
Share
Previous Post
Cracks in Nato over involvement in Ukraine war
Next Post
WORLDVIEW: The stink of corruption in Ukraine