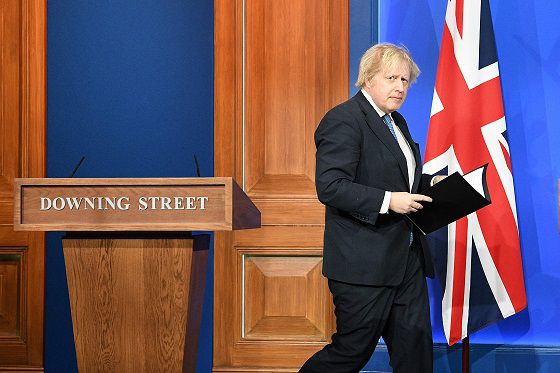 UK Prime Minister Boris Johnson's popularity index suffered the biggest drop in a decade for a conservative prime minister, due to the scandal over his influential and controversial adviser Dominic Cummings, according to a poll released Wednesday, May 27

As the prime minister prepared to face opposition attacks at the weekly House of Commons question session, a poll by the YouGov Institute for The Times newspaper showed that conservatives' lead over Labor has shrunk at nine points in one week.

The survey puts Johnson's formation at 44% acceptance, four points less in the last seven days, and the Labor Party at 38%, five points more.

The last Conservative leader to see his lead collapse like this was David Cameron during the 2010 legislative campaign.

A Daily Mail newspaper poll also showed Johnson's approval rating plummeted from 19% to less than 1% in just a few days.

This disapproval of public opinion adds to a growing sense of internal rebellion over the management of the Cummings scandal: almost 40 conservative MP’s demanded thatCummings  leave the post of "special adviser" and a secretary of state resigned on Tuesday in protest.

The executive has been defending the prime minister's right hand for several days and on Wednesday it was the turn of the Minister of Local Government, Robert Jenrick.

"It is time for us to keep moving forward," he told the BBC, insisting that Cummings did not violate, as he is accused, the confinement rules imposed by the government on March 23.

Cummings made a 425-kilometer drive from London to Durham in north-east England at the height of the coronavirus crisis, with his wife and four-year-old son.

Under strong pressure over the weekend, he ended up explaining on Monday that, fearing he was infected with covid-19, the three of them settled in their parents' house in Durham because they were looking for someone to take care of the little one.

Travel was prohibited at the time and the British are still not authorized to visit the family.

Cummings, who was supported by Johnson, did not regret or apologize and stated that he had not considered resigning.