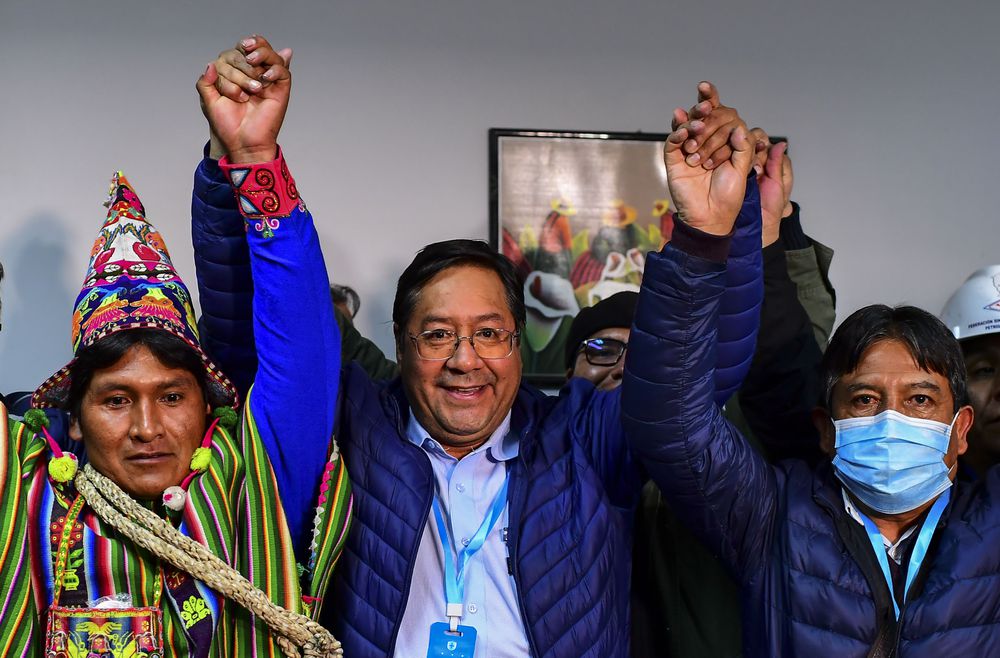 The economist Luis “Lucho”Arce, who was the architect of the economic miracle of Evo Morales and was his man in Sunday's elections, will be the next president of Bolivia, according to projections.

The television channel Unitel , said  Arce, candidate of the Movement for Socialism (MAS), prevailed in the first round of the elections with 52.4% of the votes, well above the 31.5% of his immediate rival, the centrist Carlos Mesa.

Bolivia "has recovered democracy, I want to say above all to Bolivians, we have regained hope," Arce said at a press conference with his vice president David Choquehuanca.

Morales, who moved to Argentina after his tumultuous resignation a year ago amid accusations of electoral fraud, claimed the victory of his party.

"Lucho will be our president ... he will return to our country the path of economic growth," Morales said in a statement read to the press in Buenos Aires.

The president who temporarily succeeded Morales until the elections, Jeanine Añez , a staunch enemy of MAS, also admitted his  victory.

“We do not yet have an official count, but from the data we have, Mr. Arce and Mr. Choquehuanca have won the election. I congratulate the winners and ask them to govern thinking of Bolivia and democracy, "she wrote on Twitter.

Well maybe AOC and the gang lead by the bern can all move there .they love that socialist chit so much