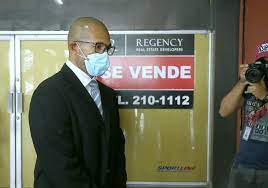 The absence of Nicaraguan President Daniel Ortega for almost a month has generated speculation about his health and an environment of uncertainty in the country, where the authorities have not taken containment measures against the coronavirus pandemic reports the AFP News agency.

The 74-year-old president has not spoken about the COVID-19 health threat and has not appeared in public since March 12, when he participated in a virtual conference with his colleagues from Central America to discuss the epidemic.

While the confirmed numbers of COVID-19 are growing worldwide, in Nicaragua, a country of 6.3 million inhabitants, only six cases and one deceased have been detected.

The government has not reported how many tests it has conducted. Ortega's disappearance has sparked doubts in social networks and the media about the health condition of the president and his family.

Speculation grew when he did not attend the funeral services of deputy Jacinto Suárez, a close friend of his, on Friday, as expected by supporters and opponents.

AFP consulted the Nicaraguan presidency but received no response.