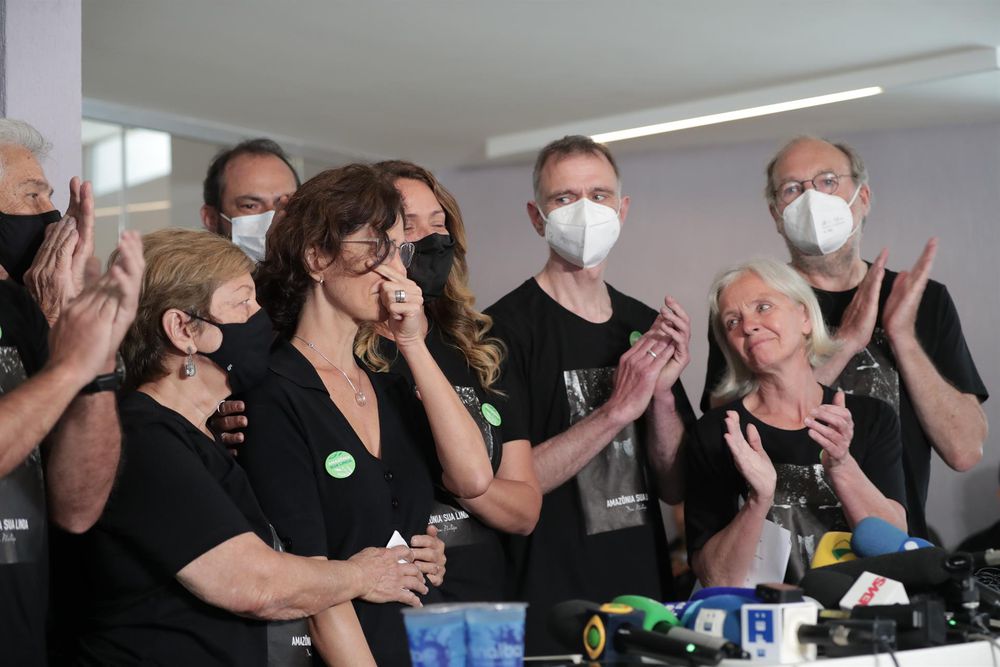 The British journalist Dom Phillips, murdered in the Brazilian Amazon together with the indigenist Bruno Araújo Pereira was cremated in Rio de Janeiro on Sunday amid the protests over his death and the cry for justice raised by family, friends, colleagues, and activists.

The body of Phillips, who was a contributor to the British newspaper The Guardian and was a correspondent for the American Washington Post and The New York Times, and the Financial Times, was cremated in Niteroi, in the metropolitan region of Rio de Janeiro, where he spent most of his 15 years in Brazil.

"Who had Dom and Bruno killed?" read a banner held by a group of social activists who from early this Sunday morning gathered outside the wake room to say their last goodbye to the 57-year-old journalist.

The journalist and the indigenist had been missing since June 5 near the border with Peru and Colombia.

Sampaio highlighted the work of the "official bodies and individuals" who collaborated in the searches.

The correspondent's sister, Sian Phillips,  said that her brother "was a brilliant journalist, committed to dividing stories about Brazilian diversity, of inhabitants of the favelas and indigenous people of the Amazon."

“He was killed because he tried to tell the world what is happening in the rainforest with its inhabitants and the impact of illegal activities in the jungle. He was killed trying to help the indigenous people and he and Bruno understood the risk of doing that in this world, "she said.

Phillips' body arrived in Rio de Janeiro on Thursday night, after the completion of the forensic genetics tests in Brasilia, which allowed the identification due to the advanced state of decomposition, after being missing for 10 days, and due to the violence committed by the assassins, who dismembered them.

So far, four people have been arrested for their participation in the double homicide and four more are wanted.