Family of dead journalist label US report “an insult” 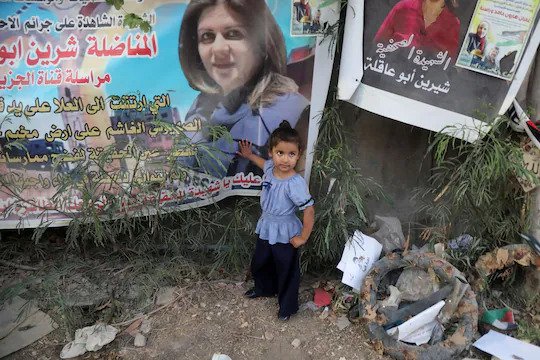 The family of the deceased Palestinian journalist Shireen Abu Akleh strongly questioned the forensic report of experts in the US who did not reach a definitive conclusion about the origin of the bullet that caused her death but pointed to a "probable" Israeli responsibility and they described it as an insult to the reporter's memory."

The fact that US investigators, whose identity has not been revealed in the announcement, believe that the bullet 'probably came from Israeli positions' is no consolation," the family said in a statement posted on their networks.

It notes that the US State Department's announcement of the impossibility of conclusively determining responsibility for the death of Abu Akleh - who was a US citizen - left them "incredulous."

The family was especially upset at the conclusion that the shot that killed the reporter was not intentional but the result of "tragic circumstances" during an Israeli army operation in the West Bank city of Jenin on May 11.

"This is an insult to Shireen's memory and ignores the history and context of the brutal and violent nature of what is today the longest military occupation in modern history," the statement said, describing her death as an " extrajudicial execution".

"To say that this investigation, with its total lack of transparency, undefined objectives, and support for Israel's general position, is a disappointment would be an understatement," added the family, who announced that they will continue to advocate for justice "despite attempts to hide the reality".

The US announcement of the results of its forensic and ballistics investigation also drew strong criticism from the Palestinian leadership.  A spokesman for the president of the Palestinian National Authority (PNA), described the US investigation as a "manipulation" of the facts and warned that they will continue to seek justice in international courts.

He urged the US government to "preserve its credibility" and hold Israel responsible for the murder of Abu Akleh, as an investigation by the PNA attorney general did in May. Several subsequent investigations were added to this investigation, both by the media such as the New York Times and the Washington Post and by the United Nations, and all pointed to probable Israeli responsibility.