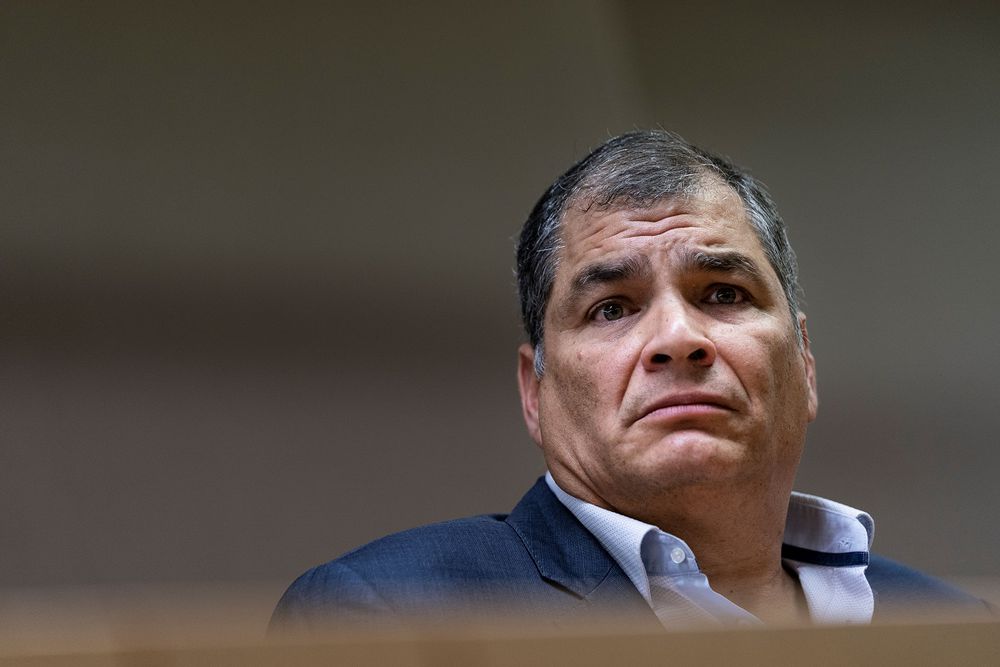 The former President  of Ecuador, Rafael Correa has been sentenced  to an eight-year prison term  for his involvement  in the Odebrecht corruption scandal  during his government (2007-2017), the Prosecutor's Office reported  on Tuesday, April 7

The ex-leader currently, in Belgium, was sentenced to "8 years of imprisonment" along with 17 other people for the crime of bribery, said the prosecutor said on Twitter.

Correa, who has always claimed to be the target of political persecution with the complicity of judges, questioned the first instance ruling.

"I know the process and what the judges say is a  LIE. They have absolutely not proven ANYTHING. Pure false testimony without evidence," the former president said through his Twitter account.

The judges found Correa and former collaborators responsible for a bribery scheme to companies in exchange for contracts, in which Odebrecht was involved at the time, although the prosecution refrained from investigating the Brazilian firm.

The ruling of the National Court of Justice also orders "the loss of the participation rights (political) for the time of 25 years, of all those convicted."

“This was what they were looking for: managing justice to achieve what they could never do at the ballot box. I'm fine. I am concerned about my colleagues. Surely we will win at the international level, because everything is a mess, "said the former ruler.