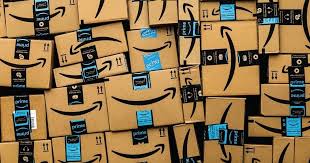 BUZZFEED News - At many Amazon facilities in Poland, Czechia, and Slovakia, staff often work past the point of exhaustion to meet ever-increasing quotas to avoid termination, a BuzzFeed News investigation has found.

“Everything was about productivity,” said Gabriel, a 57-year-old former employee. “It was hard for me. It was all so stressful, working under that kind of pressure.”

Amazon disputed allegations that the company has mistreated employees in central Europe. "It is our priority to always be fully compliant with all applicable labor laws, and if something isn’t, then we investigate and act immediately,” a company spokesperson said.

But Amazon’s success in central Europe is based on a strategy it’s honed for years: The company had developed its highest-volume fulfillment centers by exploiting weak enforcement mechanisms in countries with labor standards similar to the place where Amazon first rose to dominance, the US.