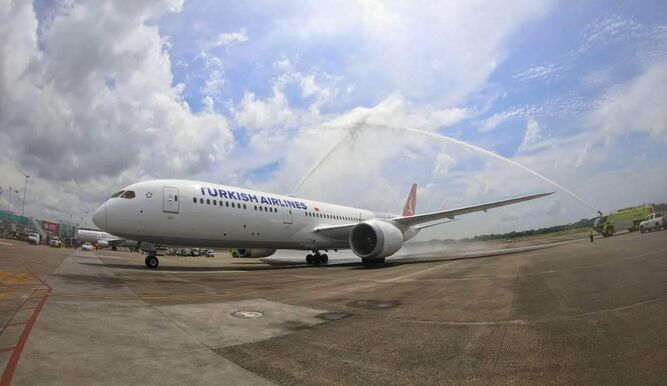 Turkish Airlines is the latest major airline to announce the resumption of operations from Tocumen International  Airport.

Flights between Istanbul and Tocumen will begin on  Sunday, November 1.

Turkish Airlines suspended operations in Panama last March, as part of the measures adopted to curb the spread of COVID-19. Panama is one of the routes that is part of the company’s expansion in Latin America and began operating in May 2016.

Raffoul Arab, general manager of Tocumen SA, said that Turkish Airlines drew up a progressive flight plan for Panama, starting in November with two weekly frequencies on Wednesdays and Sundays. In December they plan to include Friday.

Turkish Airlines will offer the service in its modern Boing 787-9 Dreamliner aircraft and has stipulated that it will arrive in Panama at 9:30 am and depart at 11:30 am.