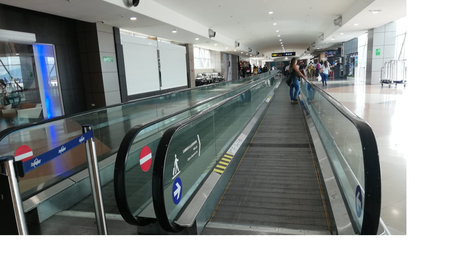 After a three-year hiatus, four passenger  moving  sidewalks on the north wharf of Tocumen International Airport should be operating at the end of November

Passengers who use this extension of the air terminal, especially those who make connections in Panama, complain about the lack of  the mechanical sidewalks

One has been operating since mid-October and new sections will be added in the coming weeks.

In the agreement negotiated between Tocumen and the company at the end of September, the contractor will assume the investment to put all the sidewalks into operation, while Tocumen will pay for maintenance, which was not included in the original contract.

In addition to the lack of maintenance, the sidewalks presented problems in their operation due to design failures and that being exposed to changes in temperature on the outside, condensation occurred when coming into contact with the air conditioning.