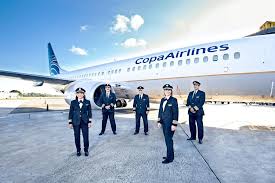 The “Panama Stopover” tourism campaign launched last October is bearing fruit and tourism authorities are hopeful that it will reach the goal of an additional 120,000 passengers by the end of the year.

The promotion designed by the International Tourism Promotion Fund and the Copa Airlines is aimed at passengers who make connections at the Tocumen International Airport encouraging them to stay in the country a few days before traveling to their final destination.

Liriola Pittí, director of the Fund said that until mid-December 27,000 air tickets had been purchased as a result of the $6 million“Panama Stopover” campaign. The cost is shared equally by the Fund and Copa Airlines.

"The channel through which most tickets are sold with" Stopover "is by traditional agencies, followed by Online Travel Agencies (OTA) and the Copa Airlines website," said the director of the Fund.

According to airline statistics, the 27.000 thousand airline tickets were acquired by travelers who left 10 destinations in Latin America such as Buenos Aires, Córdoba and Rosario, in Argentina; Sao Paulo, in Brazil; Santiago, Chile and Montevideo, in Uruguay, among others.

Pittí said that most of the passengers who have used the “Stopover” promotion have stayed in Panama for two days.

To qualify for the “Stopover”, the passenger must buy the air ticket before arriving in Tocumen so as not to suffer increases or penalties in the airfare during the days the will remain in the country.

Pittí added that the results until December 12 occurred before the commercials will be launched, and he hopes that once the advertising becomes massive, the sale of tickets will increase.

If 1/2 the cost is "absorbed" by COPA they will need a bigger sponge. Iceland has done this for successfully for years. Iceland is cheap to get to, expensive to stay.