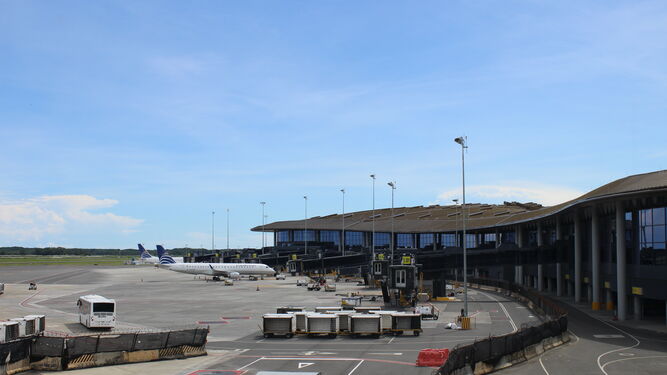 The six Boeing  737 MAX fleet t of Copa Airlines, which stand in front of Terminal 2 at Tocumen International Airport, and four more awaiting delivery fom  Boeing hangars will not be carrying passengers through January 2020.

"They will remain off the airline's schedule of flights throughout the month of January 2020," said company president Pedro Heilbron, at the  ALTA Airline Leaders Forum, which takes place in Brazil.

"With what we know we have projected the itineraries of these canceled planes, until the end of January 2020," he said.

He explained that once the planes are recertified and approved by local and regional aeronautical authorities, it will take the airline two weeks to prepare them to fly again.

Heilbron said that although the paralysis of these aircraft has impacted the flight schedule and seating capacity, at present they do not want to disclose the figures or costs that it has generated. Airlines around the world have lost hundreds of millions of dollars since the planes were grounded after two crashes taking the lives of hundreds of passengers and crew.

“We are not disclosing the cost of having our aircraft on the ground. We have six in Panama and another four that have been manufactured are in the Boeing hangars. Once the planes return to the air we can calculate what the impact has been, ”he said, adding that all the affected airlines will surely sit down to talk with the manufacturer about compensation for losses they have suffered through not having these aircraft models in their flight schedules.

“For everything, there is a time, and we have full confidence, that the MAX 737 is a great aircraft, which has had some very serious and very unfortunate problems, but we hope it will be a safe plane in the future after all the revisions to which have been made,”he said.

Resilience
Heilbron, who is also president of the Latin American and Caribbean Air Transport Association (ALTA), explained that in the region there are basically four airlines with inoperative MAX: Copa Airlines, Aero Mexico, Gol, and Aerolineas Argentinas.

Luis Felipe de Oliveira, executive director of ALTA, said that despite the problems in different regions, in addition to cost impacts, Latin America and the Caribbean is resilient and passenger traffic as a whole is expected to close 2019 with a growth of 5%.